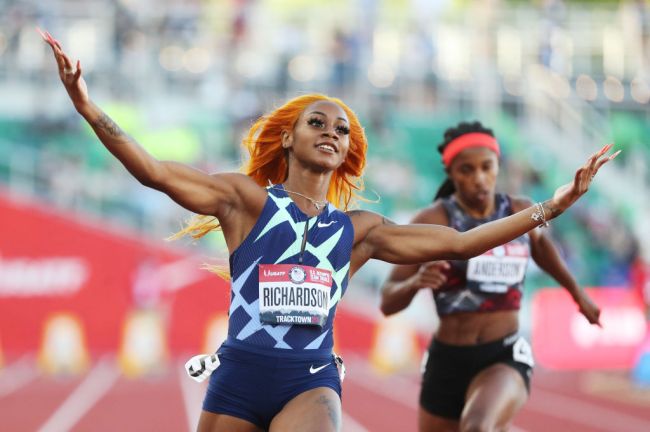 Sha’Carri Richardson is a name you need to know ahead of this summer’s Tokyo 2020 Olympic Games and she isn’t afraid to tell you.

The 21-year-old sprinter competed on the collegiate level at LSU as a freshman before deciding to turn pro after one season. She has never run on the world’s biggest stage, but that is likely about to change, and she is emerging as a dark-horse favorite to be named the world’s fastest woman.

Richardson runs the 100-meter and 200-meter events exclusively and she is electrifying to watch. She began her first-ever Olympic Trials on Friday and dominated her first heat. Dominated might be an underrepresentation. The rest of her field simply had no hopes of keeping up and Richardson destroyed the pack with one of her shoes untied.

Richardson reached a top speed of 24.1 miles per hour at the 60-meter mark and never looked back. Her “cool down” after crossing the finish line was faster than most people’s full sprint.

“Give ’em hell every time,” she said in her post-race interview, before letting the world know to put some respect on her name. Richardson is a superstar in the making. She will compete in the 100-meter semifinals and finals with hopes of qualifying in primetime on Saturday night.