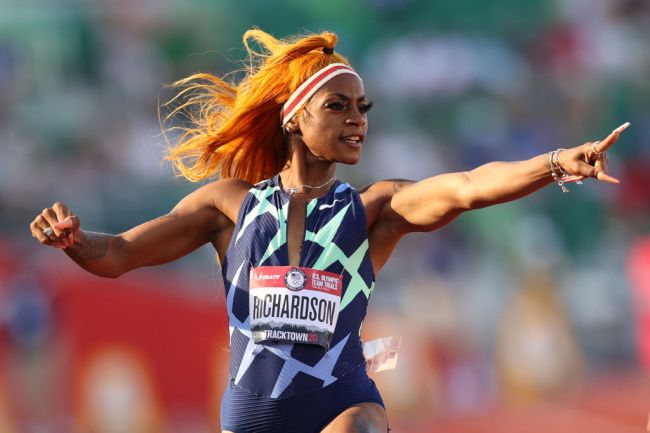 US track and field star Sha’Carri Richardson became a household name at the US Olympic trials last week after qualifying for the Olympics but it appears that she might not be making the trip to Tokyo.

On Thursday night, Andre Lowe of the Jamaica Gleaner reported that Richardson had been suspended for testing positive for a banned substance after her win at the 100m at the US Olympic trials

American sprinter Sha’Carri Richardson looks set to miss the Olympic Games after returning an adverse analytical finding at the US Trials, which has led to her 100m performance at the event being disqualified. pic.twitter.com/7WZh6TOjJu

The Cincinnati Enquirer’s Tyler Dragon confirmed the Gleaner’s report and added Richardson was facing a 30-day suspension after testing positive for marijuana.

Prior to the reports of her positive test Richardson had posted a cryptic stating “I am human.”

Dragon added that Richardson could still go to the Olympics if she decides to race in the 4×100 relay.

Richardson is expected to be suspended during the 100m at the Olympics but she might get to run on the 4×100 relay.