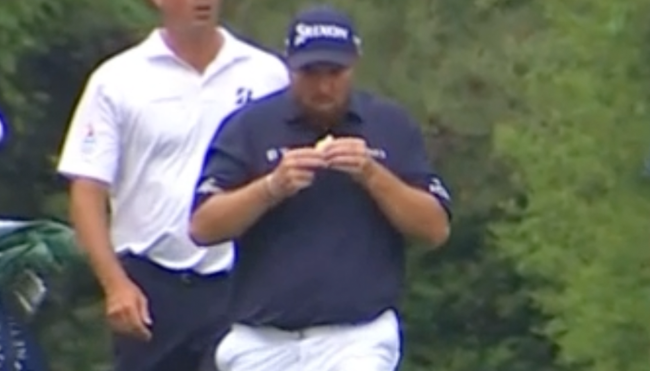 I’ve always maintained the PGA is missing out on a golden opportunity to host one tournament a year where players just act like guys being dudes for a few days, and I imagine I’m not the only golf fan who would love to watch the pros roam the links in carts while crushing some brews, ripping the occasional cig, and chirping each other during a scramble.

I know there’s basically no chance that will ever happen thanks to the inherent stuffiness of the golf world, but it’s impossible to argue throwing away the rulebook at the Waste Management Open wouldn’t be some truly electric television.

There’s no tournament that encapsulates that aforementioned stuffiness quite like the Masters thanks to the insufferably serious nature that defines Augusta National. The exclusive club has a laughably long list of rules the fans broadcasters are required to refer to as “patrons” have to abide by, including a ban on phones, running, and even lying down on the grass.

Players are also expected to be on their best behavior (which Rickie Fowler learned when he had the audacity to wear his hat backward during an interview,) and I feel like there’s a chance Shane Lowry could get a stern talking-to based on what he pulled during his round on Friday when he was spotted chowing down on a sandwich on the seventh hole.

Shane Lowry DEVOURING an egg salad sandwich on No. 7 at #TheMasters

The Masters is known for the absurdly cheap concessions it offers, so while it’s unclear if Lowry was crushing its hallowed pimento cheese sandwich or the egg salad option on the menu, I can’t help but respect he couldn’t resist the urge to fuel up in the middle of the fairway before he even reached the turn.

It’s hard to think of a more #Relatable Masters moment than this.