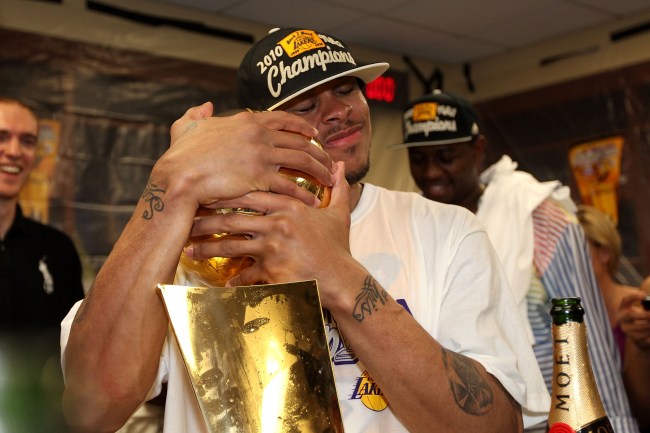 The police spokesperson says the two individuals claim they were out searching for houses in the Tyrone, GA area … when they saw one with a “For Sale” sign on it.

Officers say the individuals entered through an open gate … and say the two people claim when they got to the door, they were told to come in.
The police spokesperson says once the individuals were inside … they say Brown confronted them, before ultimately agreeing to let them go.

But, the two say as they were leaving … Brown fired 5 to 6 shots at them.

Police found an empty shell casing on the property of Brown’s million-dollar home and arrested the 34-year-old for aggravated assault.

Ladies and gentlemen, I present to you The Official Mugshot of ‘The Food Ain’t So Bad In Here’: