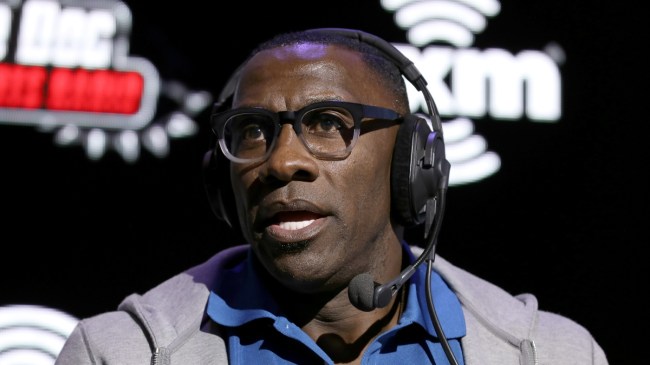 Shannon Sharpe and Skip Bayless always get into heated arguments on their show Undisputed. However, things got a bit intense while the two spat back and forth about Tom Brady.

Sharpe seemed a bit offended by Bayless’ comments about the Tampa Bay Buccaneers quarterback. To the point, where some believe the Hall of Fame tight end was ready to throw punches.

Barstool Sports shows the clip of the two going at it. Skip Bayless was comparing Tom Brady’s career to Shannon Sharpe’s. The longevity Brady has carried is unmatched. Even so, the former great tight end wasn’t happy and started calling out Bayless for his argument tactics.

Shannon wants to punch Skip square in the face this morning
pic.twitter.com/FTCWDll1Xn

You can hear it in Sharpe’s voice even. He hit an octave that we didn’t know he could reach. To be fair, Skip Bayless was not letting Shannon Sharpe defend himself at all. Even so, it’s not like Bayless is wrong either. It’s hard to argue against the idea that Tom Brady is the best football player ever. Even so, we’re sure some will still try to claim otherwise.

These guys get so riled up so early in the morning. Who needs coffee when your coworker just yells differing opinions at you and raises your blood pressure? Luckily, Shannon Sharpe was able to maintain composure just enough to not reach over and grab Skip Bayless on live television.

Either way, Tom Brady is the GOAT and Sharpe has the right to feel offended by Bayless comparing him to the Buccaneers’ quarterback.