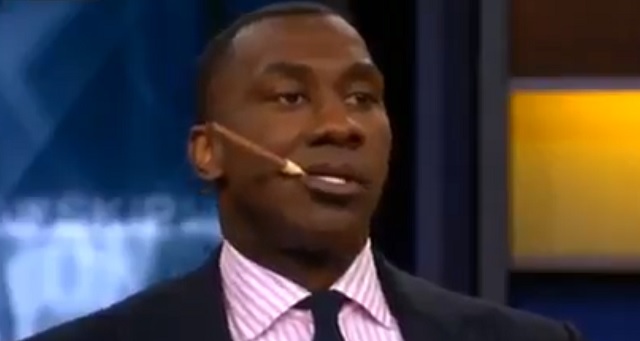 Shannon Sharpe was really feeling himself this week after his beloved Denver Broncos beat the Oakland Raiders. During today’s episode of ‘Undisputed’, Sharpe busted out a ‘victory cigar’ to celebrate his team’s win. Watch as Skip Bayless gets very confused when Shannon started talking about the “milds and the henndawg”.

Of course the Internet had some fun with Sharpe bringing out a Black and Mild cigar live on set.

Shannon Sharpe is on live TV with a Black & Mild in his mouth. #BlackExcellence pic.twitter.com/cziNaKPO6A

This was the moment where Shannon Sharpe became President. pic.twitter.com/JU05PjH83m

Shannon Sharpe said he be on them milds and that yak on national tv. Revolution might be televised.

"I be on those Milds and Henn Dawg. My eyes bout to look like Michael Jordan"