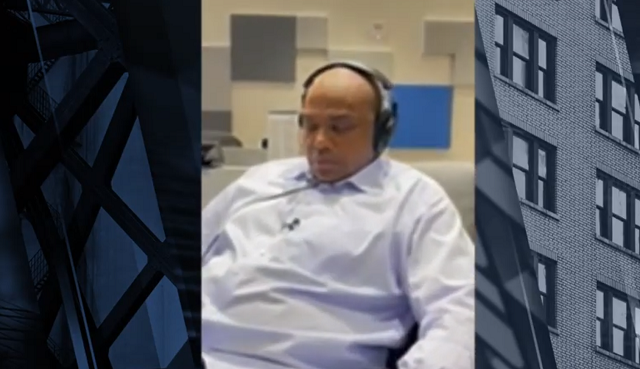 Hopefully, no one actually watches Inside The NBA to listen to Charles Barkley’s basketball analysis.

During halftime of game 1 of the Sixers-Wizards game on Sunday afternoon, Barkley attempted to give his analysis of what went down in the first half. Barkley was quickly interrupted by Shaq, who wanted to tell the viewers at home to not listen to Barkley’s opinion on the game because he had called asleep during the first half.

Shaq exposes Charles Barkley for trying to give analysis after falling asleep during first half of Sixers-Wizards game pic.twitter.com/e5Cwxxudc7

After admitting he was tired because he was filming a commercial yesterday, Barkley went on to give incorrect stats about the game.

Charles Barkley said Robin Lopez has 11 points lol he must have been asleep the whole half. Lopez has 0 points.

After Shaq called out Barkley for sleeping during first half. Barkley mistakenly says Robin Lopez has 11 points, he actually has zero points pic.twitter.com/RZuan5Cfkx

Fans immediately mocked Barkley for trying to give analysis while not actually watching the game.

Such a terrible look. Yet Dorris Burke can't get put on the A team. I just want someone on TV who loves basketball like I do. https://t.co/xnSRc5a8QH

This is actually embarrassing. Why should I listen to an analysis from people who don’t even watch the games https://t.co/LfttZMSTa3

Chuck with the same approach to national television analysis that I had in 12th grade english 😭😭 https://t.co/ShIrrSmFKo