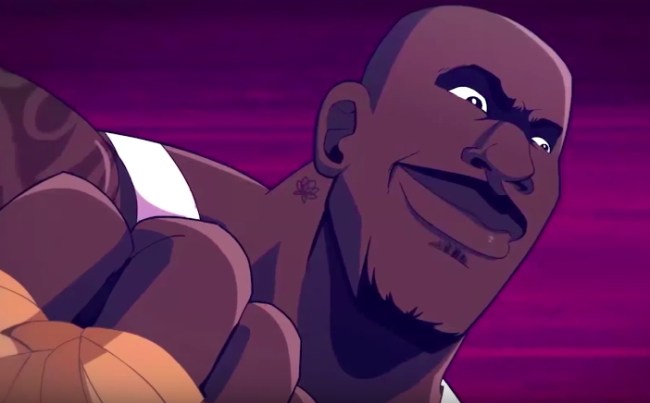 The current month is filled with plenty of video game releases, and while it probably won’t be the most critically acclaimed game of all time, I have to admit I’m more interested in Shaq Fu: A Legend Reborn than I have any right to be. The game is a follow-up to 1994’s Shaq Fu, a video game starring Shaquille O’Neal that’s about as enjoyable to play as Kazaam is to watch (it’s been described as “really bad” by the studio responsible for the sequel.

The new Shaq Fu dropped yesterday on every major platform, and while I haven’t played it, I have to say I’m very intrigued by a piece of DLC its creators are planning to release that will let you beat up a virtual version of Kanye West with an unlikely hero: Barack Obama.

Screen Rant did some internet sleuthing and discovered the existence of the creatively titled BarackFu:

Players can become the “Commando-in-Chief” by defeating 300 enemies, and can use an attack called the “Barack n’ Rolla.” Dirty Barry’s fight will also lead to a confrontation with a Kanye West-inspired character called Con-Ye, and players will get a trophy called “The Death of Pablo” for beating the artistic mind behind The Life of Pablo.

I’m sure all of the Kanye haters out there will be very pleased.

Shaq spoke with Business Insider last year and said he was a huge micromanager when the game was in development, so while I doubt this DLC was his brainchild, that’s not going to stop me from telling myself he’s responsible for bringing this into the world.