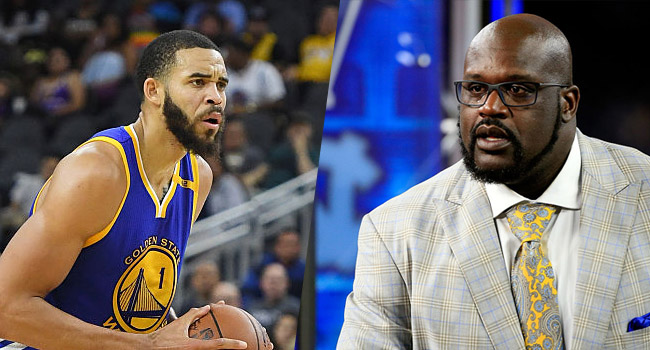 As anyone who watches Inside the NBA on TNT with any regularity, one of Shaq’s favorite targets, if not the favorite target, for his “Shaqtin’ a Fool” segment is JaVale McGee.

Recently Shaq said he was going chill out a little on giving McGee a hard time, but then on Thursday night, whoops, he did it again…

This was apparently the straw that broke the camel’s back for McGee because he came out firing on Twitter once he got wind of it.

@SHAQ get my 🥜's out of your mouth! And EAD! #thatisall

Last thing: think about this…. h3 woke up and I was the 1st thing on his mind when he made that video…THAT AINT WIERD TO YALL?

Maybe he's in love with me…. maybe I should be flattered? IDK GUYS!! pic.twitter.com/Buqyqc2PBb

Despite the late hour of McGee’s rant, Shaq wasted little time in responding and responding STRONG…

And it was on…

Oh we threatening people now? Kick rocks you old bastard… you ain't gone do sh** !!! And that's on my mama… stick to cooning! https://t.co/ZFuGREc1WJ

Forget being on a good team… Ima grown man… you've had these 🥜's in yo mouth for 5-6 years now… u thought I was just gone stay silent? https://t.co/3gTpTgVgmU

The End. At least for now.