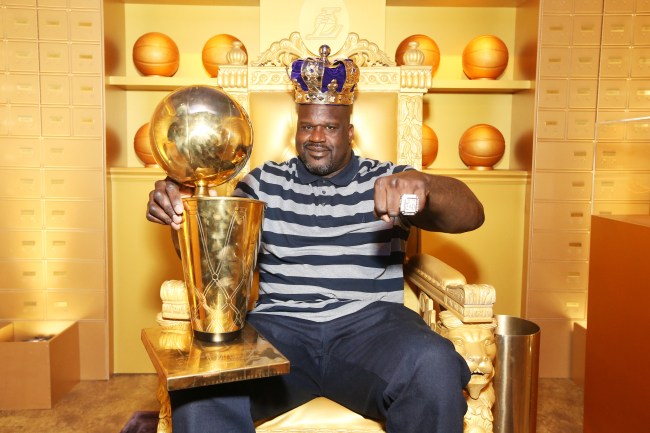 Shaquille O’Neal hasn’t played an NBA game since 2011, but the Shaq “brand” is more lucrative than ever. He’s “making more money selling stuff (including sneakers, suits and a jewelry line), endorsing stuff and investing in stuff” than he made in his best year, “in terms of salary”, in the NBA ($30 million). Tonight (March. 27) at 10:30p EST, HBO’s Real Sports with Bryant Gumbel examines what makes Shaq more successful than the typical athlete turned entrepreneur story (link to trailer).

Howie Long-Short: O’Neal made $292 million in on-court earnings. Since retirement, his single largest payday occurred in December 2015 when he sold 51% of all future business endeavors (not including his broadcasting contract with Turner Sports or his minority investment in the Sacramento Kings) to Authentic Brands Group; a privately held brand development and licensing company that also counts Greg Norman, Muhammad Ali, Julius Erving, Tapout, Spyder and Prince among its sports brands. Financial terms of that deal were not disclosed, but it’s been estimated Shaq received between $230 million-$270 million for majority interest in his brand. It’s notable that Forbes pegs O’Neal as the 6th highest paid retired athlete; Jordan, Arnold Palmer and David Beckham are 1, 2 and 3.

Fan Marino: Shaq is avid technology enthusiast and regularly attends CES (annual technology showcase in Las Vegas), which is where he first met Jamie Siminoff; the CEO of Ring. A fan of their smart doorbell product, O’Neal sought out the Ring tradeshow booth; asking for the CEO. That meeting led to O’Neal becoming an official endorser of the company and a minority shareholder. Not familiar with Ring? Earlier this year, Amazon acquired the company for $1.1 Billion.

Editor Note: Here’s a video you’ll want to watch. It’s Shaq vs. Rob Gronkowski in a dance-off, at a party O’Neal hosted during Ultra Music Festival in Miami last weekend.

Endeavor has acquired the digital video streaming provider NeuLion, Inc. (NLN) for $250 million ($.84/share) in an all-cash deal; a 112% premium on the share price at last Friday’s close. NLN, which specializes in digital video broadcasting, distribution and monetization, will become a privately held subsidiary of Endeavor (formerly WME-IMG) upon the Q2 ’18 close of the sale. The announcement comes just months after NeuLion announced “it was selling some non-core assets to an affiliate of Fortress Investment group for $41.5 million”. NLN has struggled to replace the revenue lost following its loss of the NHL as a client to competitor MLBAM in August ‘15; revenue declined 8% YOY in Q4 ’17.

Howie Long-Short: You can’t invest in Endeavor (despite a long-rumored IPO), but with publicly traded rights holders valuing the technology that enables them to reach their consumers directly; there are several other was to invest in OTT service providers. Disney (DIS) owns 75% of BAMTech, NBCUniversal (CMCSA) developed PlayMaker Media and Turner Broadcasting System (TWX) owns “a majority stake” in iStreamPlanet. Don’t forget, you can also play Delatre via WPP; an investor in Bruin Sports Capital.

Fan Marino: Endeavor (which owns the UFC) worked with NLN on the dissemination of last summer’s McGregor/Mayweather mega-fight and while the fight had the 2nd most buys in PPV history (4.3 million), it was also marred by widespread technical difficulties. While that experience may not have gone perfectly for some viewers, it gave Endeavor the opportunity to see the platform’s upside; and with the UFC struggling to find the $450 million/year annually it seeks in TV money, retaining their own rights and going DTC may be the company’s best option.