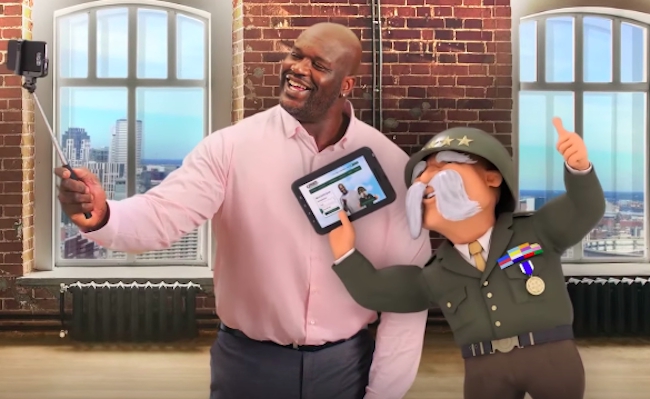 Shaquille O’Neal is best known for parlaying his talents as a Very Large Man into an incredibly successful nineteen-year career in the NBA. He’s probably more recognized for his skills on the court than anything else, but even if you’ve never heard of the sport of basketball, you’re more than likely familiar with the former Laker. This is especially true of anyone who watches channels filled with commercials for insurance, IcyHot, tropical cruises, and class-action lawsuits (the same channels that usually feature multiple episodes of Cops per day).

In addition to being one of the most visible spokesmen for the NBA as an analyst, Shaq has sponsored basically every single item on this Earth in addition to forming his own personal brand. Anyone who’s spent more than two minutes of their life focusing on the aesthetic of their Instagram might think they also have one of those, but I doubt it’s worth hundreds of millions of dollars (or has its own line of sneakers).

O’Neal recently sat down for an episode of HBO’s Real Sports set to air on Tuesday to discuss the business side of his life. He claims he’s making more in endorsement deals now than he ever did as a basketball player. However, there was at least one person who never saw it coming.

According to NBC Sports, a professor at LSU failed him when he came up with a marketing project centering around the persona he’d begun to build for himself:

“My marketing professor said, ‘Okay, class, bring me something that you could see being sold in the foreseeable future.’ So, you know me, Bernie. I came in with the Shaq shoes, Shaq socks, Shaq shirt, Shaq everything. And the guy gave me an F. He actually embarrassed me in front of the class. He said, ‘Shaq, I know you’re full of yourself and I see you put a lot of time into this, but if you look at the climate of the NBA, big guys are not selling. This’ll never work.’”

It’s no “Michael Jordan going in on a former coach at his Hall of Fame induction” moment, but it’s still a pretty savage dunk. I guess we also finally have an explanation for why Shaq can just tie $500 to a bunch of balloons like it’s no big deal.