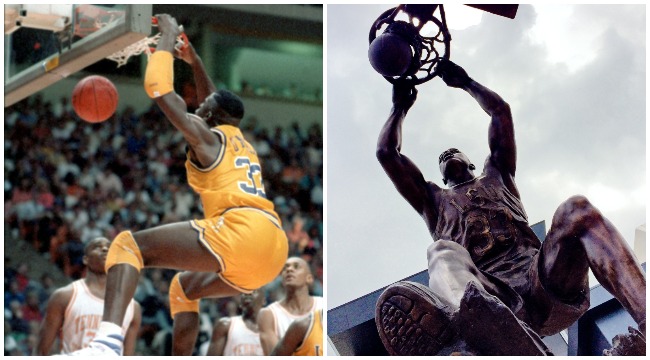 After 19 NBA seasons, four titles, and the title of ‘Most Dominant Big Man Ever’ in the eyes of many, Shaquille O’Neal’s basketball career is becoming a smaller and smaller chapter in a book worth an estimated $400 million.

By the time Shaq was 23, he was raking in $17 million in endorsements from brands like Reebok and PepsiCo, just a few years after flunking a marketing course at LSU.

The 7-foot-1 legend recent sat down to discuss the genesis of the Dunkman, and how a professor at LSU thought he was full of hot air. Now there is a Dunkman statue outside of LSU’s Pete Maravich Assembly Center. 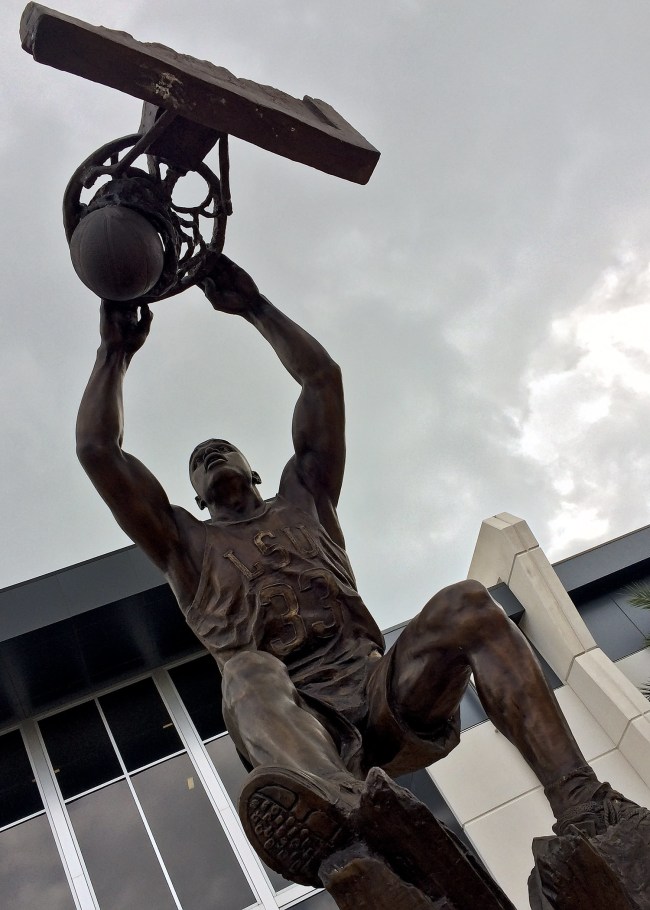 “So when I was in college, I failed marketing class because I used to sit around and dream. I said, shit, Mike got some Jumpman, let me go and create the Dunkman.

So I came up with Shaq shirts, Shaq underwear, Shaq towel, Shaq everything. And the guy embarrassed me in class. He said, ‘I see you put a lot into this Mr. O’Neal, but this is not good enough.’ And I said, ‘Why?’ He said, ‘If you look at the climate of the NBA, big guys don’t sell.’

And he made a good point. At that time, it was only Magic and Bird in commercials. So I went back and I was like, damn, I ain’t ever get my own shirt, I ain’t ever gonna get nothing. I’m going to be like all these other big guys.

And as I’m sitting in my room, chillin’, this dumb ass dog kept coming on TV, Spuds MacKenzie.”

“He had everything. So then I was like, ‘That’s the stupidest commercial.’ Then I go to the store, he got cups, and he got a hat.

So I go back and I’m saying, ‘Why do they like this dog?’ And they liked the dog because everything he did was funny.

So I said, okay, if I ever get commercials, I’m going to be the funny guy. I got to make people laugh. Because my secret is not to say the product, but make you remember the product.

Like this right here [pointing to drink bottle], it’ll be us fighting over the drinks and then all of us would fall out the window. That should go viral.

So I try to create all my commercials and try not to get involved or invest in a product I don’t believe in.”

RELATED! While you’re here, we’ve rolled out a podcast called Endless Hustle where we interview your favorite current and former athletes about how they structure their lives outside of the game. We deal with topics like re-invention, personal branding, and wild stories from their playing days. We’ve already had on some behemoth guests (Tony Hawk, LaVar Ball, Jalen Rose, Kenny Smith, etc). Check it out on Apple Podcasts or wherever you pod.

I’ve embedded below our most recent interview with Tony Hawk.