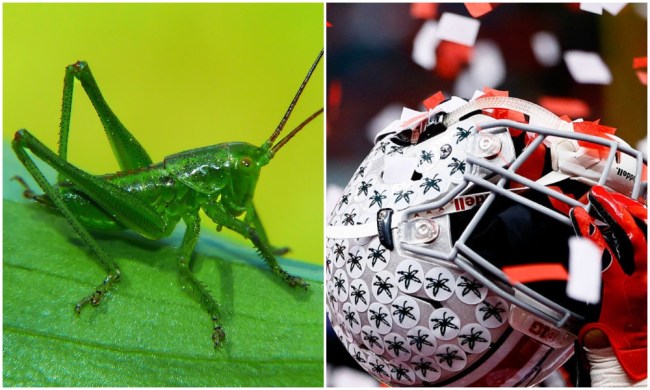 With the fate of Big Ten football this Fall still up in the air, Ohio State cornerback Shaun Wade announced on Monday that he would be opting out of his senior season to prepare for this year’s NFL Draft.

Wade’s decision isn’t a surprising one, even if the Big Ten does end up playing football in the coming months. He earned his undergraduate degree in July and is expected to be a first-round pick in this year’s draft. While the Big Ten’s initial announcement that it would be canceling football and other fall sports played a major role in his decision, something else had an effect on him as well: a green cricket outside of his front door.

Wade believed that the green cricket sighting was a sign for him to move on.

The final sign for him, when he knew it was time to declare for the draft was when he saw a green cricket outside his front door. The cricket was there when he left to workout in early September, and was still there when he returned from his workout and the following day.

“I looked up what a green cricket means and it’s kind of about moving on with your life, so I think that was a sign from God that it was time for me to move on,” Wade told ESPN.

Not only is the impact of a green cricket an interesting aspect of Wade’s situation, so too is his father. Randy Wade has been extremely vocal in his disagreement with the conference shutting down fall sports, he’s been one of the leading voices in the protests taking place on Ohio State’s campus and in front of the Big Ten’s headquarters.

Wade, a Jacksonville, FL native, finished last season with 25 total tackles, two sacks, and one interception for the Buckeyes.