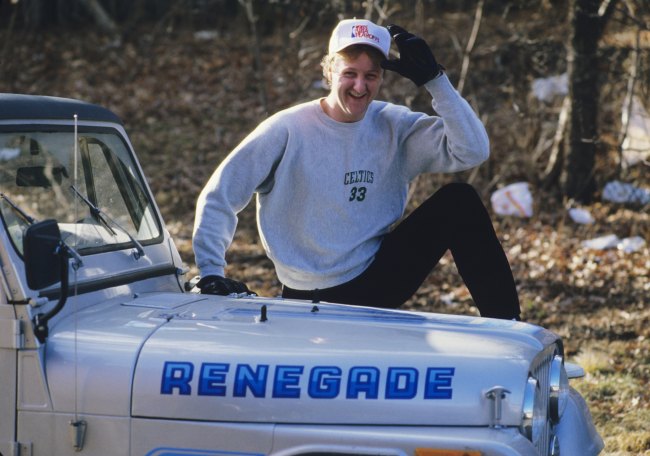 It seems like just yesterday Jalen Rose was telling us why Larry Bird is one of the most disrespected legends of all-time, pinning him as a top 10 player ever. If this claim is jarring to you, your brain is rejecting the notion of a guy who looks like he hunts squirrels for a living succeeding in the world of sport.

That is reasonable. But that is wrong.

Fellow Indiana native Shawn Kemp joined the Knuckleheads podcast with Quentin Richardson and Darius Miles and revealed the very first player to bust his ass upon entering the league was none other than the Hick from French Lick.

Larry dropped 40 and had a triple double. It’s a shame he will never get the proper respect due to one key feature…