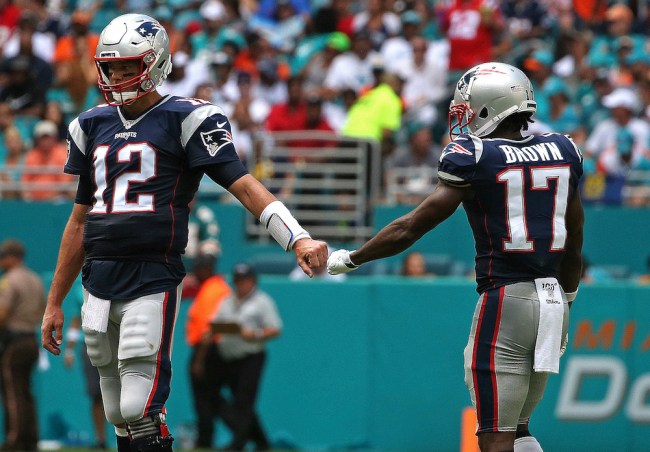 Shedeur Sanders, the quarterback son of Pro Football Hall of Famer Deion Sanders, is spending his offseason training with some intense workout partners.

This past weekend, the incoming senior at Trinity Christian High School in Texas worked out with Tom Brady.

“Learning from the 🐐 soaking up all the knowledge💯” he posted in the comment.

“You will determine [what] your future holds,” Brady wrote in the comments. “I’m always here for you.”

A week prior, Sanders worked out with another superstar who isn’t in the NFL right now – Antonio Brown.

For those conspiracy theorists in the crowd, the workouts were separate. Brady and Brown weren’t working out together so don’t get any “AB to the Buccaneers” ideas just yet.

Shedeur Sanders is a Rivals three-star recruit and has already received offers from several colleges.

While Shedeur was working out, his older brother Deion Jr. was driving his Porshe to a protest and crying when it got damaged.