You And Shohei Ohtani Have Taken The Same Amount Of Batting Practice in 2020, Zero 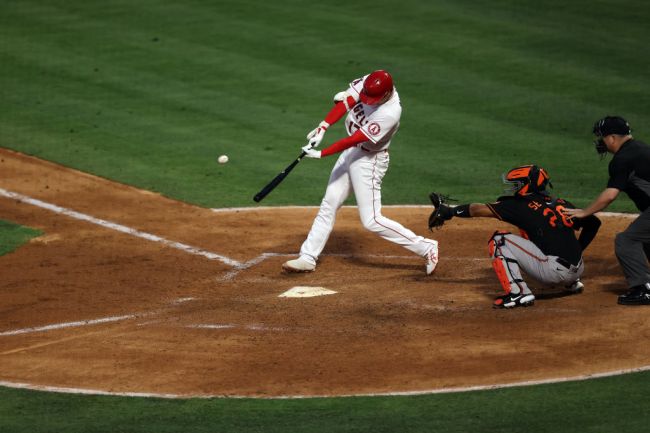 All MLB players have their game-day routines, from pre-game meals to stretches. And if they happen to be one of the best hitters in the league, this routine includes batting practice. Except if you are Shohei Ohtani.

Jeremy Reed, the Los Angeles Angels batting coach, revealed the absurd approach to Ohtani’s success— not doing batting practice. Yes, you read that correctly. The freak of nature who leads the MLB in home runs does not do batting practice. Not a single swing, according to Buster Olney of ESPN’s Baseball Tonight podcast

On Thursday’s #BBTNPod @Buster_ESPN and @JesseRogersESPN to talk about where the Cubs might send half its team. Plus, @SlangsOnSports discusses if deGrom missing the All-Star Game is justified and how Ohtani's batting practice starts in the 1st inning https://t.co/erm3g4g3iv pic.twitter.com/blhXPHSf1U

So, when we see Ohtani stepping up to the plate and crushing a home run, that is his first swing of the day at a live ball. Not to mention, he has a .279 average and 69 runs batted in. Oh yeah, and he leads the league with 32 home runs and a a .700 slugging percentage. Without batting practice.

Sho-time In The Home Run Derby

On Monday, Ohtani will compete in the Home Run Derby at Coors Field in Denver, Colo. Though he has not taken a swing in batting practice this season, a preview from the 2018 season proves this could be a once-in-a-lifetime opportunity. If you do not think so, Angels center fielder Mike Trout disagrees.

“If you haven’t seen him take BP, watch him in the Home Run Derby, because it’s gonna be a show,” Trout said to ESPN. “He can hit, line to line, stupid power. To see him hit in Colorado, obviously with them balls, during the derby, it’s gonna be must-see TV.”

Yes, it's batting practice, but come on. Shohei Ohtani was sending balls into the UPPER DECKS! 😲#Shotime | @Angels pic.twitter.com/HPJCmlZqDR

Shohei Ohtani hit a ball in BP at Coors Field HERE, and left a mark that's still there a day later pic.twitter.com/UjXu1JQZ6j

Sho-time is in a league of his own, and it is not even close.