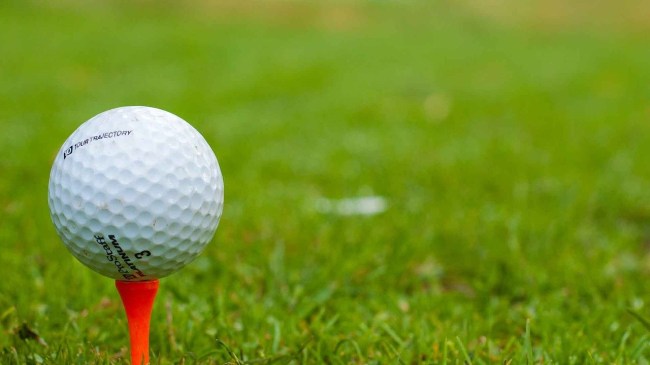 There’s just something about watching a bullet hit some sort of random object. It could literally be a bullet passing through something as simple as a pillow, but as long as there is a slo-mo camera there to capture the moment, it’s a must-watch situation.

So, when the U.S. Army decides to get in on the action and fire a bullet at a golf ball sitting on a tee, you simply have to check it out.

Service Pistol Team Staff Sgt. Carl Clegg elected to show off his single-handed shooting skills with a 1911 handgun. At Phillips Range at Fort Benning, Georgia, Clegg set up a golf ball 25 yards down the line and sent the ball flying off the tee. It’s worth noting that it was a Nitro golf ball, which is more rock than golf ball. Those things are so hard I’m surprised the bullet didn’t ricochet off the surface, that’s how hard those golf balls are.

Hitting a golf ball off of a tee is one thing, but how about taking the top off of the actual golf tee, that’s where the real skill shines through. Clegg made easy work of that as well.

It's time for a #TrickShotTuesday with the @USAMUSoldiers Service Pistol Team. Staff Sgt. Carl Clegg shoots a golf ball off a tee, bullseye style (shooting with one hand), at 25-yards. Trick shots are only attempted after hours on the range and proven mastery of the fundamentals. pic.twitter.com/J5CPiaFovI

At the end of the video, Clegg retrieves the golf ball from the range and shows the evidence of the bullet passing right through the golf ball. At first glance, it looks like the bullet may have gotten stuck in the ball, which again, wouldn’t be surprising with a Nitro golf ball in play, but it passed right thru after all.