Poker Player Turns $130 Into $1.6 Million After Winning A Tournament With The Ballsiest Call Ever 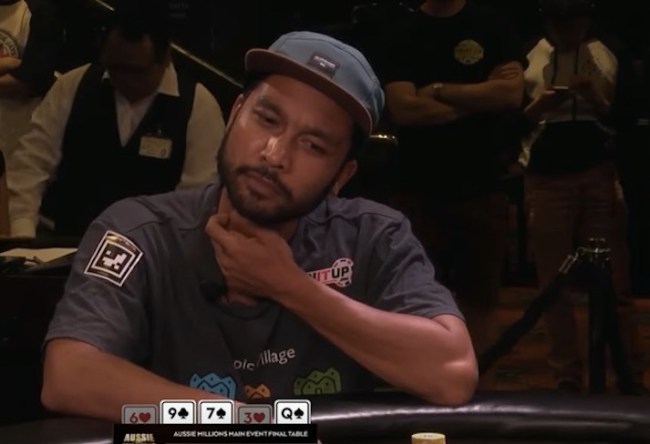 He’s now 27th on the ‘All Time Money List’ in Australia after winning ONE SINGLE TOURNAMENT, the Aussie Millions Main Event, with a first place grand prize worth $1.6 million.

Several things make this one of the greatest runs in poker history, including the fact that this was the first time Shurane Vijayaram ever cashed in a professional poker tournament, but the thing I love the most is the testicular fortitude displayed on the final hand of the game.

Here’s an abbreviated version of that last hand played in the Aussie Millions:

This was a hand that earns Shurane Vijayaram $1.6 million by calling his opponent’s ‘all-in’ push. Shurane has a pair of 5’s, and there are 4 over cards on the board, as well as multiple straight options. There are so many possible hands on the board that could’ve beaten Shurane but he showed some balls and was handsomely rewarded for one of the best calls I’ve ever seen in poker.

If you want to see all 9+ minutes of the final hand in the Aussie Millions you can CLICK HERE to see it on YouTube.

RELATED: These Were The Most Insane Poker Hands Of 2016 And They Will Make Your Palms Sweat Just By Watching Them