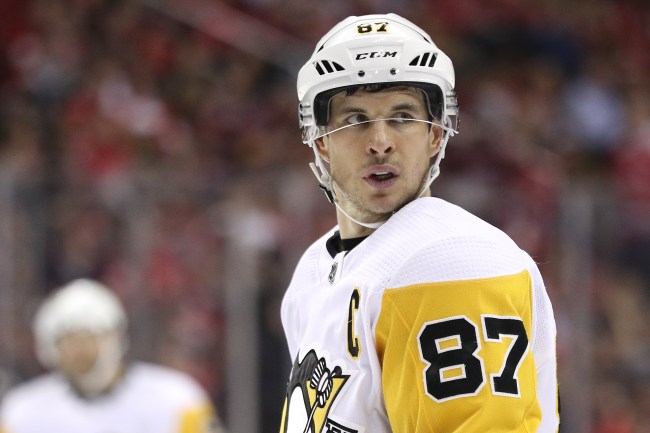 Sidney Crosby is a future Hall of Famer and, arguably, one of the most prolific hockey players in his generation — if not all-time when all is said and done. But, in my personal opinion, and plenty of others’, he’s sort of a pretty boy who whines and dives and basically thinks that he’s God’s gift to any ice rink he steps foot on.

Personal opinions aside, though, Sidney Crosby pulled a pretty epic move last night following his Pittsburgh Penguins beating the New York Rangers in Madison Square Garden, 7-2. And, while Crosby still seems like a little twerp to me, it’s awesome that he showed a more laid back side of himself.

According to the Twitter account Pickledotcom, Sidney Crosby was getting chirped at and heckled by a jackass of a fan during the game for each time he skated by the penalty box — which is where the fan was sitting. That’s nothing new, though, since it’s a tradition as old as hockey time. What is new is that, rather than just ignore the dude, Crosby actually had a Penguins trainer go out and hand the fan a signed hockey stick, with a personal note on it that read, “Good chirps. Take it easy on me next time!” Take a look at the pic below.

@RickCarpiniello – funny story from last night’s game. Guy sitting next to penalty box was lighting up Sid all game with some fantastic chirps. A trainer delivered this to him after the final buzzer. pic.twitter.com/4DZf9ZtlxF

Considering Sidney Crosby finished last night’s game with one goal, one assist there was a lot of heckling that was probably tossed his way — even if he only spent two minutes in the sin bin. Still, props to the guy for laying into the three-time Stanley Cup champion and two-time Conn Smythe Trophy winner.

Let this be the standard for all you other hecklers out there, because if you can get the attention, and appreciation, of a superstar like Sidney Crosby with the trash-talk you’re spewing, then you’re doing something right. Kudos to Crosby for rewarding the guy for whatever it was he said.