Ever Seen A Shoe Worth $50,000? This Silver Air Jordan Created For Michael’s 32nd Birthday Is Up For Auction

#sneakers
BroBible may earn a commission if you buy a product or service via links in this article.
by Douglas CharlesSeptember 27, 2018 4:17 pm 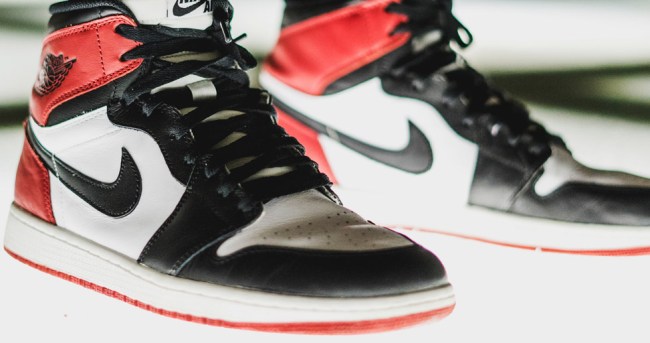 We’ve heard of some expensive sneakers before, and many times those ultra-expensive sneakers come in the form of rare Air Jordans, but $50,000? That’s what a silver Air Jordan created for Michael Jordan’s 32nd birthday is expected to fetch when it is auctioned off to the high bidder 21 days from now.

Heritage Auctions, the world’s largest collectibles auctioneer, started the bidding on this rare Air Jordan at $12,500 when the auction began.

The silver-cast Air Jordan I is one of just ten created by MJ’s ex-wife Juanita Jordan to mark his thirty-second birthday.

According to Heritage Auctions, Jordan kept two for himself, the manufacturer kept one, while the others were sold at different charity events with some of them appearing at Michael Jordan’s Restaurant, the Chicago Science Museum, and in the clubhouse of Jordan’s hometown golf course.

And there won’t be any more of these produced either as the cast was destroyed after production.

Beyond the appeal of its supreme rarity and its direct connection to the greatest player in the history of the sport, the shimmering silver relic is absolutely gorgeous, the precious metal so perfectly and evenly cast that the smallest details of stitching and fabric/rubber patterns are preserved. Tipping the scales at ten pounds (10 lbs.) exactly, we can calculate the value of the silver utilized in creation to a figure north of two thousand dollars ($2,000).

The relic becomes all the more intriguing when we recall that it was this season that Jordan returned from his first retirement and brief flirtation with our national pastime at the center of his six NBA Championship campaigns. We note that this auction likewise contains a silver fielder’s glove that was crafted at the same time.

Damn. No wonder this silver sneaker is expected to fetch so much money.

Though, one would think, for $50K, you could at least get a pair, instead of just one. 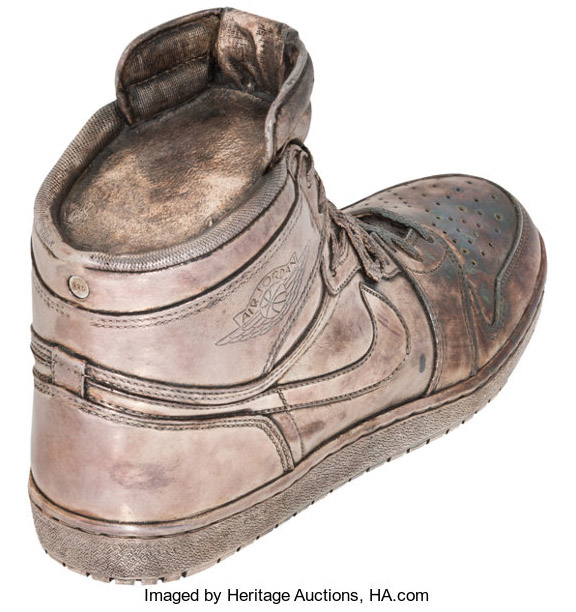 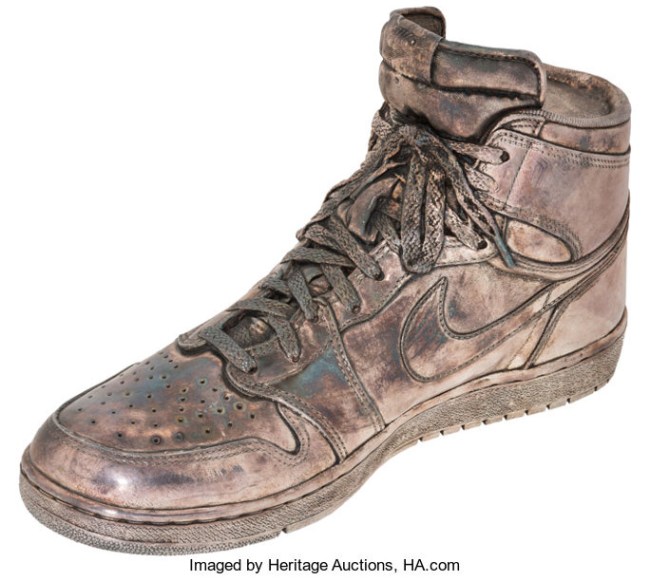 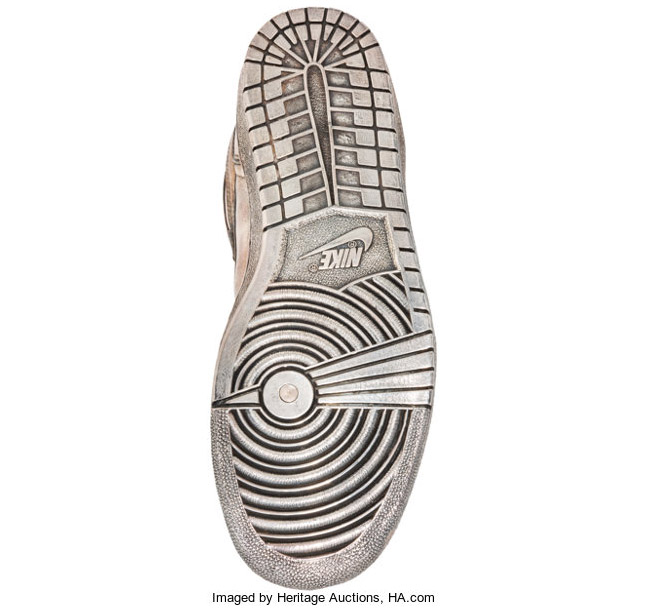