Simone Biles Is The GOAT And Wants You To Know, Says ‘I’m The Best Gymnast There Is…The Facts Are Literally On The Paper’ 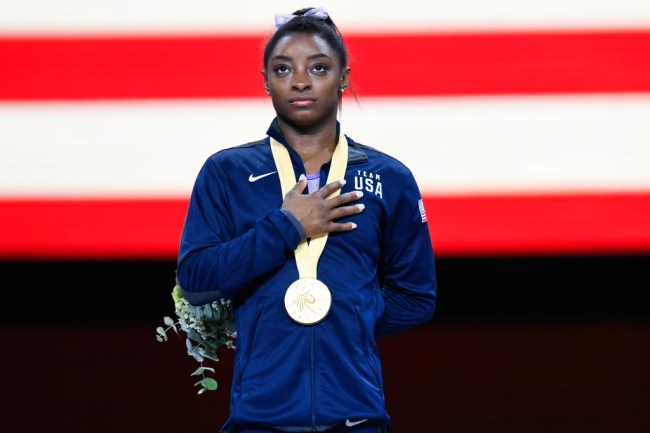 Simone Biles is the best gymnast you’ve ever seen. Actually, scratch that, she’s the best gymnast in the history of gymnastics. It may sound like a bit of a stretch calling a 22-year-old the greatest to ever do it, but those are literally the facts.

At the World Championships in Germany on Sunday, Biles took home her 24th and 25th world medals and yes, of course, they were both gold. The two medals came in the balance beam and floor exercises.

That 25th medal is of great significance as it made her the most decorated gymnast among both men and women of all-time aka the GOAT.

The gymnastics world likely saw this coming, but we all should have known she was about to do something extremely special over the weekend after she literally called herself the best gymnast there is following a dominant Friday performance.

It’s not out of cockiness,” she added. “I’ve won five world titles and if I say, ‘I’m the best gymnast there is,’ (the reaction is) ‘Oh, she’s cocky. Look at her now.’ No, the facts are literally on the paper. I think it’s important to teach (young girls) that.”

Quotes don’t get more honest, or better, than that. We don’t see athletes talking like that enough, maybe that’s due to her statement being actual fact just like the fact that the sky is blue, but damn is it refreshing to hear stuff like this.

Of her 25 career medals at Worlds, 19 of them are gold. The woman just straight up dominates.