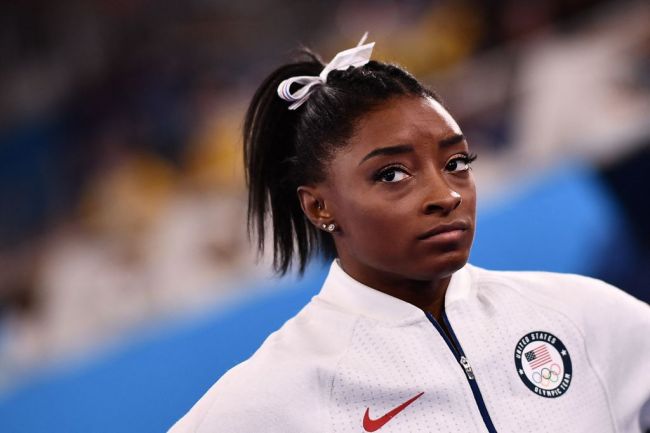 The top storyline heading into the Olympics for Team USA was how many gold medals Simone Biles was going to earn to further cement herself as the greatest gymnast in history. That storyline has yet to come to fruition, however, after Biles decided to quit in the middle of the all-around women’s gymnastics final.

Biles participated in one event during the final before informing the rest of her team she was pulling herself out of the competition. Team USA went on to earn silver in the event while Russia earned gold.

Biles is the face of gymnastics, not just in the United States, but for the entire sport around the world. She’s the most decorated gymnast on the planet and earned four gold medals during the 2016 Olympics in Rio.

While Biles carried the weight of a country on her shoulders, more importantly, she was the leading presence on a team that was made up of other girls who were making their Olympic debuts.

While the decision could not have been easy, she decided to quit on her team citing mental health reasons.

After her withdrawal, Biles talked about the stress of the Olympics and not having any fun while competing.

“It’s been really stressful this Olympic games…it’s been a long week, a long Olympic process, a long year. I think we’re a little too stressed out – we should be out here having fun and that’s just not the case.”

Biles also elected to pull out of the individual all-around competition scheduled for Thursday. USA Gymnastics put out a statement about Biles withdrawing saying they “applaud her bravery” and “her courage” of quitting shows “why she is a role model for so many.”

After further medical evaluation, Simone Biles has withdrawn from the final individual all-around competition. We wholeheartedly support Simone’s decision and applaud her bravery in prioritizing her well-being. Her courage shows, yet again, why she is a role model for so many. pic.twitter.com/6ILdtSQF7o

She later admitted to having ‘the twisties,’ which are essentially the yips. Biles simply did not have her best stuff on Tuesday, which is completely understandable. Why USA Gymnastics – or herself in a more specific way – can’t come out and say this is beyond me.

Biles has good days and bad days just like the rest of us – anyone with a brain recognizes this – but the decision to quit in the middle of the competition is what’s frustrating a lot of people out there. The act of not trying on that big of a stage, even if you know you may not have your best stuff that day, is where the head-scratching aspect of all of this comes in.

Not that she owes anyone anything, but there wouldn’t have been a single person upset with Biles if she went out and competed and not won gold. The perception, and reality, is that she quit and is being labeled a role model for doing so.

At the end of the day, Biles has endured, suffered, and sacrificed her life to gymnastics. She’s a survivor of sexual abuse, has done unbelievable things for young gymnasts around the world, and seems to be a tremendous human. Those are just a few of the many reasons you can call her courageous, brave, and a role model, but her walking away from her team and competition is not one of them.

Biles can do what she wants, but quitting shouldn’t be celebrated. Both of those statements can be true at the same time.