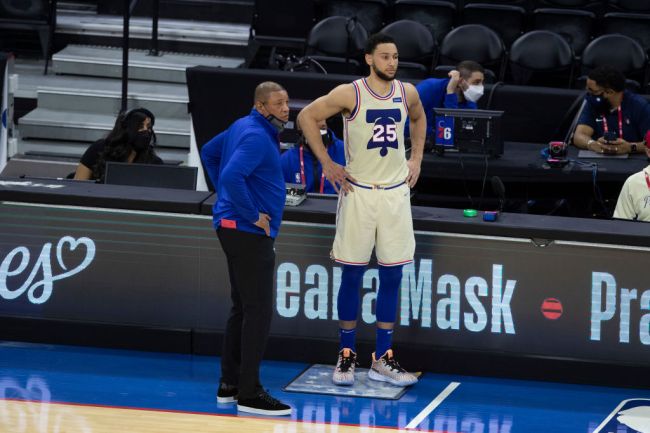 Doc Rivers doesn’t seem too confident that Ben Simmons can lead a team to a championship.

Ben Simmons had a horrible series against the Hawks and bizarrely refused to shoot the ball in crunch time for the team.

Ben Simmons is 0-0 FG in the 4th quarter of the last 4 games. pic.twitter.com/R6PcUkCqIR

At one point in the game, Simmons even passed on a play that should have resulted in an easy dunk.

After the game, Rivers was asked if he thought Simmons could be the point guard of a championship team and the Sixers head coach appeared to throw Simmons under the bus by giving a non-committal answer to the question.

"Can Ben Simmons be the point guard of a championship team?"

Doc Rivers "I don't know the answer to that" pic.twitter.com/8eShCQiHrm