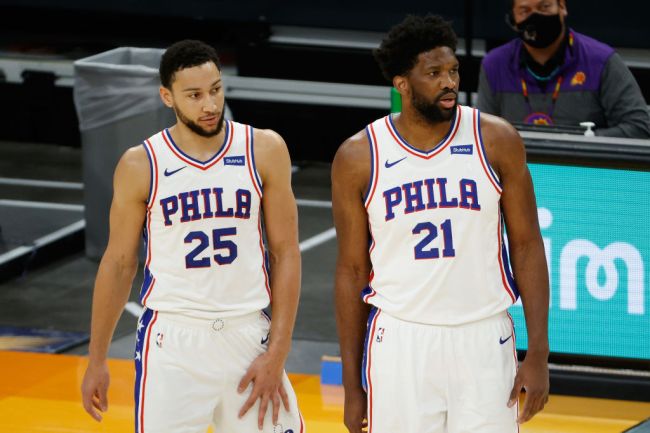 Ben Simmons had a terrible night in the Sixers game 7 loss against the Hawks and is now getting thrown under the bus by his teammates and coaches.

During the game, Simmons, who didn’t take a shot in the fourth quarter, bizarrely passed up a wide-open dunk with 3 minutes left in a close game.

Ben Simmons has a wide open dunk chance and does this pic.twitter.com/6eV0S8WijK

Sixers center Joel Embiid was visibly upset with Simmons on the court for passing up on the dunk.

After the game during his postgame press conference, Embiid openly admitted that Simmons passing up on the dunk was the “turning point of the game.

Joel Embiid: "I'll be honest. I thought the turning point was when we — I don't know how to say it — is when we had an open shot and we made one free throw…"

"We didn't get a good possession on the other end and Trae came back and he made a 3 and then from there down four, it's on me. I turned the ball over and tried to make something happen from the perimeter. But I thought that was the turning point."

I don’t know how to say it, but this is a pretty cowardly thing to say about a teammate. https://t.co/y1tiBe0ynt

We see where this is headed…

📠 translation: “we lost when Ben was scared to dunk. Get him TF outta here.” https://t.co/wCqfvOXxZ2

Joel firing off more shots postgame than Ben did in the fourth quarter https://t.co/m4EABRxbpF

This is not subtle https://t.co/y06jigbrEi