Sixers’ Mike Scott Showed Up To Eagles Game Wearing A Redskins Jersey, Gets Into Fight With Fans And Drops A Few Of Them 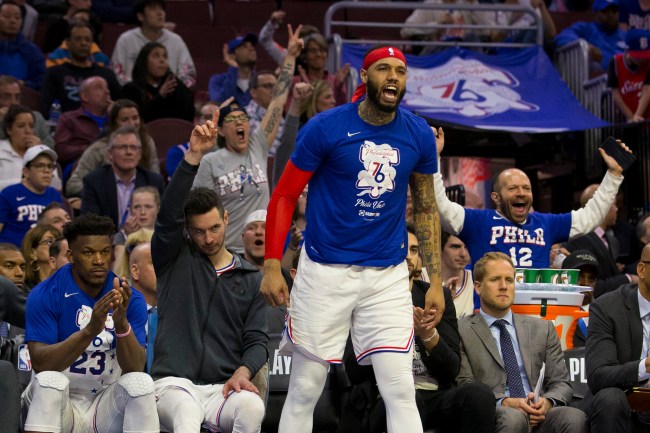 Early this morning Scott announced that he was going to pull up to the Eagles tailgate wearing a Redskins jersey which prompted fans to warn him about going to the game in that attire.

Sixer or not, you wear Deadskin crap, don’t be surprised when people think your name is a-hole! #FlyEaglesFly

I ain’t trippin lol I just wanna talk shit wit y’all all day when I see y’all. That’s the best part of it lol dap it up after the game https://t.co/Sfgvp19c79

@mikescott whole city gonna turn on you for the day… then after our birds win we’ll be cool again. That okay?

Scott showed up to the Eagles tailgate as promised and Eagles fans took offense and started fighting with the 6’10” forward. Let’s just say things didn’t end well for the Eagles fans.

@mikescott on behalf of @Eagles fans and Philadelphia we don’t condone this bullshit. You know exactly why this happened and it wasn’t because of your jersey pic.twitter.com/p5Wg0NXevZ