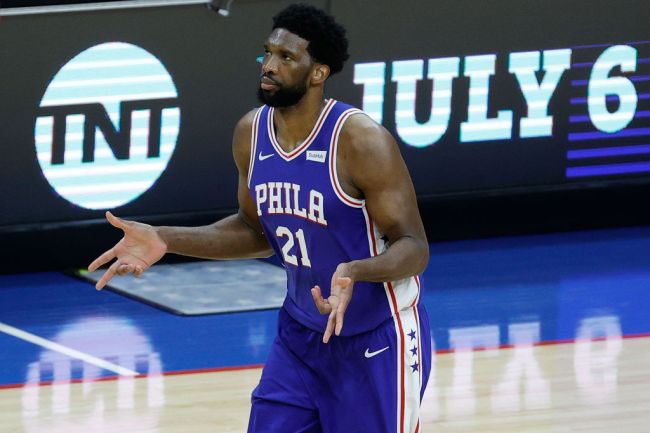 The Sixers’ official Twitter account was forced to eat some crow after the team had a historic meltdown in the second half of game 5 in their series against the Hawks.

is this when we're supposed to feel tired? 🥱 pic.twitter.com/CgNkqUF55u

Unfortunately for the Sixers’ Twitter account, the team choked away the game in the second half despite the fact that they held a 26 point lead at one point.

The 76ers blew a 26-point lead, tied for the 3rd-largest blown lead in a playoff game over the last 25 postseasons. pic.twitter.com/r9QOyrXT7k

Me at Minute 2 of a jog https://t.co/EWyjrwOaUQ

Narrator: it was when they started to feel tired https://t.co/HVNxBk3KUp

Every time the Sixers get cocky. They ALWAYS Lose!! 🤦‍♂️ https://t.co/hygZvBRQFa

Nooo way they tweeted this and got their ass handed to them😳😭😭😭 https://t.co/VPkPV1jfU7

Never understood why people do that. Wait until the job is done, then talk your shit 😂