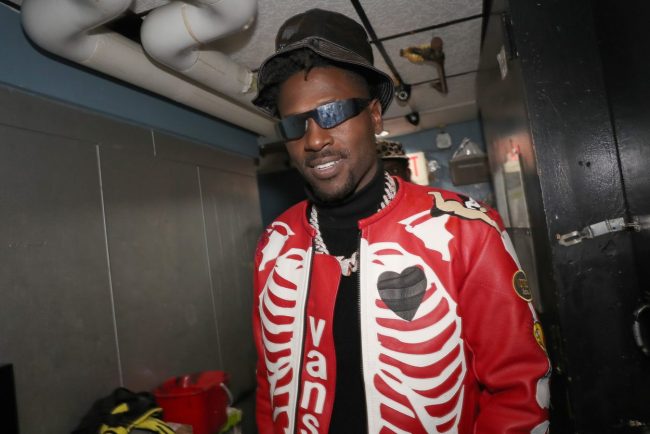 Skip Bayless, like him or not, has an uncanny ability to relate with people from all walks of life. Credit to him where credit is due.

The 70-year-old sports columnist, commentator, and television personality can talk to anyone. That doesn’t mean to say that he will get along with that person, necessarily, but he can hold a conversation with anyone and is able to always keep an open, honest discussion.

Bayless, on his weekly podcast ‘The Skip Bayless Show,’ discussed his relationship (or lack there of) with AB. During the candid monologue-esque discussion, Bayless recalled his interactions with Brown and offered an interesting theory.

When Bayless ran into Brown at the ESPYs in Los Angeles, Brown went over to him, gave him a hug, and asked to be on the show. Bayless was in.

“And yet,” he says. “I couldn’t connect with him. Usually with athletes, rappers, I just have a way about me, I can connect. Go back to the days, me and Chad Johnson did battle on TV live, but we connected off camera, […] Lil Wayne became a very close friend of mine, Nelly became a very close friend of mine. I was open to connecting with Antonio and I just couldn’t.”

Later in the one-sided conversation, Bayless discussed what he calls “turning.” He explains that it’s when someone, almost like a vampire, turns into somebody that they don’t know anymore. It is when somebody gets so caught up in the fame, in the spotlight, and in the popularity that he or she can no longer look in the mirror. That person isn’t fully there.

Bayless’ perspective on Brown is spot-on. He hits the nail right on the head, and you will know exactly what he is talking about.

Here's the story of when I first ran into Antonio Brown. But he didn't want to know me.

For more from my new weekly podcast subscribe here:https://t.co/r0j6mfnWSlpic.twitter.com/SkuLvjNd1i

Again, like him or not, Bayless is able to meet most people in the middle. But not Brown— which says a lot about the polarizing wide receiver.