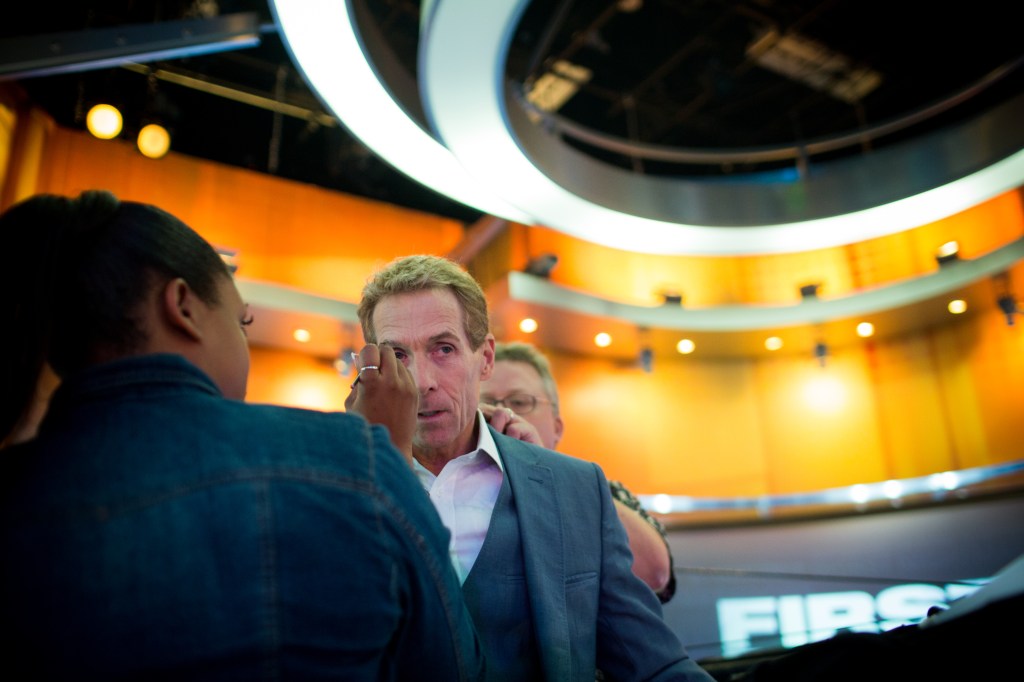 I actively go out of my way to avoid Skip Bayless from appearing on my TV screen. When I first heard rumors that he might be headed back to ESPN I got worried because I’m a regular ESPN viewer and it would make avoiding Skip a lot more difficult and complicated. Alas, he secured the bag when Fox Sports signed him to a 4-year, $32 million contract.

Fox Sports is a LOT easier for me to avoid than ESPN because my TV provider straight-up dropped the regional Fox Sports networks I used to watch and I’m still heated about it.

Now that he’s one of the highest-paid personalities in media, Fox Sports is understandably seeking out new ways to see a return on their $7 million/year investment in the 69-year-old Bayless. According to Front Office Sports, one of the ideas that Fox Sports is reportedly kicking around is a courtroom-style sports debate show similar in structure to Judge Judy that would star Skip Bayless.

Nothing has been finalized. The Judge Skip concept is one of several solo ideas on the drawing board for the controversial co-host of FS1’s “Skip & Shannon: Undisputed” morning debate show. If approved, it would air on weekday afternoons, said sources.

The embryonic “embrace debate” show would probably not include Bayless’ “Undisputed” co-stars Shannon Sharpe or Jenny Taft, said a source.

When I first scrolled past this news my first thought was ‘nobody anywhere wants this and nobody asked for this’ but the more I thought about it, the more I think there could be a fun concept in a Judge Judy-style show where the judge is settling things like Fantasy Football disputes and arguments over who is the greatest of all time in various sports.

The problem, of course, is you wouldn’t be able to pay me actual cash money to watch this show if Skip Bayless is hosting. I’m blocking out any and every TV host whose primary personality is ‘antagonist’ from my life because life’s too short to care about someone who is feigning outrage over and over and over for the sake of ratings.

It’s very obvious that Fox Sports will be trying to extract $7 million in value from Skip in new ways. Hopefully, they develop this idea and sell it to ESPN where someone like Mina Kimes could host and it would be an amazing show. I’m still having trouble wrapping my mind around throwing $32 million at a 69-year-old Skip Bayless.