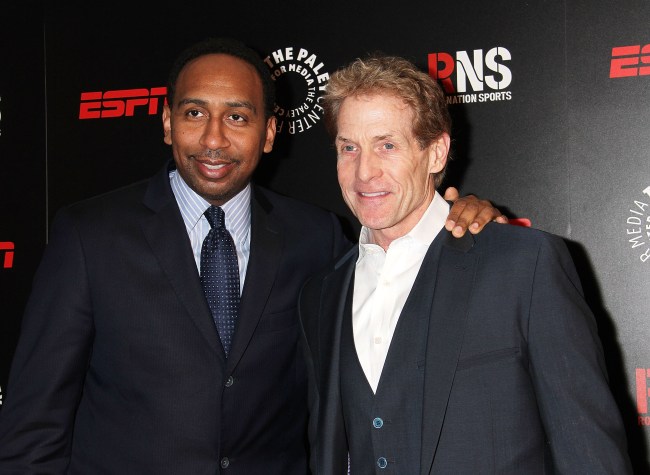 Another week, another soul-crushing loss for ‘America’s Team’ the Dallas Cowboys, and another reason for the Internet to roast Skip Bayless. These things are quickly becoming as reliable as Death, Taxes, and the passage of time, aren’t they?

After the Dallas Cowboys failed to score a touchdown against the Philadelphia Eagles and destroyed the souls of Dem Boyz nationwide, hapless Cowboys fan Skip Bayless tried to send out a viral tweet. In the quick clip, Skip Bayless walks into his kitchen and throws his Ezekiel Elliott jersey into the trashcan. Skip really started rolling the camera and was like “this is is” before hitting send on Twitter. Much like everything Skip Bayless does, this backfired.

Aside from the fact that the trashcan itself is comically small and doesn’t look equipped enough to hold any actual trash, it was the placement of Skip’s microwave which caught everyone’s attention. Of all the places in the kitchen to have a microwave, he has his placed at knee-level and tucked behind in the trash can?! What in the actual fuck kind of way is this to use a microwave???

Here’s the Skip Bayless clip so you can grasp what the heck is going on here:

Skip’s sitting back thinking ‘finally, I’ll get that street cred I deserve on Twitter!!!!’ when he starts to see the replies rolling in and roasting him to a crisp for his serial killer-esque placement of the microwave. Followers were having a field day with it.

WHERE IS YOUR TRASH BAG?

is that… your microwave there?

TF DID THE TRASHCAN DO MAN pic.twitter.com/uPVPaIUMDT

You actually asked someone to film this?

These jokes practically write themselves.

The man thought he was just going to ask someone to film him dramatically march into the kitchen and throw away the jersey of a team that lets fans down every single year (for decades) and people weren’t going to call him on the idiocy of that. Toss in the microwave and we’ve got a bonafide roasting on our hands here.

After Sunday’s loss, the Dallas Cowboys now have only a 28% chance of making the NFL playoffs this year. But there’s still a chance for Dallas fans everywhere.