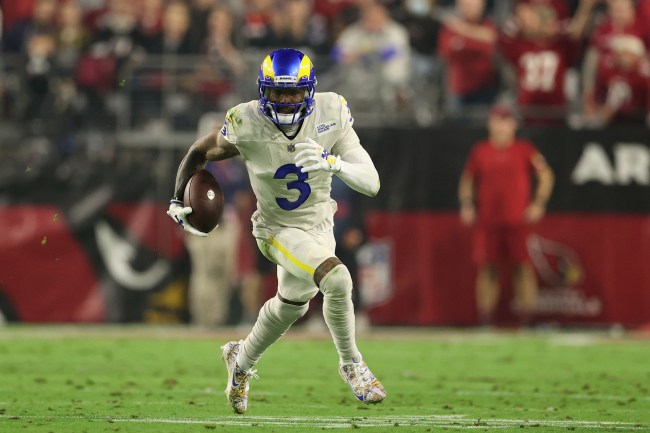 Last month, the NFL world found itself speculating about all of the potential destinations for Odell Beckham Jr. He had just been released by the Browns and every team in need of a wide receiver seemed to be an option.

There’s a good reason why there seemed to be so many options for Odell. The man used to be pretty good at football. In fact, when he was with the Giants, he was considered one of the best wide receivers in football.

He never quite returned to that level during his time with the Cleveland Browns, but that didn’t stop contenders from having interest in his services when they released him.

According to Skip Bayless, that interest was very misguided.

Odell Beckham Jr. was the most overhyped free agent in NFL history. He’s a powerhouse on social media, no longer on the field is he a powerhouse. More @Undisputed, now on FS1pic.twitter.com/q84BuGKQrj

Even for Skip Bayless, this is a pretty ridiculous take. Yes, Odell’s performances went down hill when he joined the Browns, but the team’s offensive philosophy wasn’t exactly designed for receivers to thrive.

Odell’s contract also doesn’t leave much room for him to be “overhyped”. His contract is only worth $1.25 million, which puts it way on the lower end of receiver contracts.

That makes “most overhyped free agent” a pretty dubious claim in a world where Kenny Golladay exists. Golladay was a free agent after last season and signed with the New York Giants for an average of $18 million per year.

Beckham is currently averaging 1.2 yards per game less than Golladay. Golladay hasn’t scored yet for the Giants. Beckham has 3 TDs in 5 games for the Rams.

Odell Beckham Jr wasn’t even the most “overhyped” free agent this year at his position. Maybe Skip Bayless should go ahead and reconsider this brutal take.