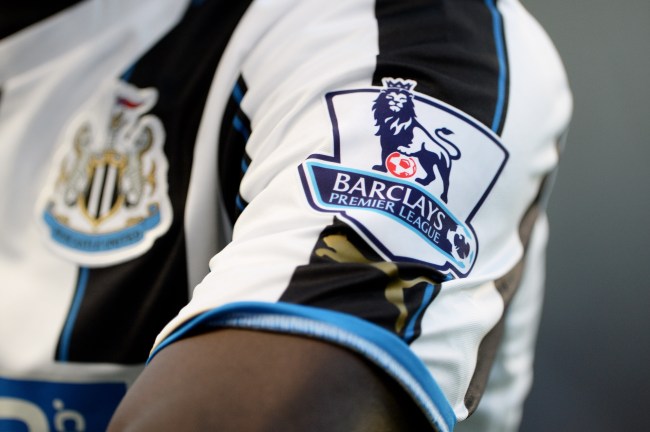 Sky Sports (SKYAY) and BT Sport (BT) have won 5 of the 7 live rights packages that the English Premier League had up for auction, agreeing to pay a combined $6.194 billion to broadcast league games between 2019-2021. The EPL announced BT won package A ($409.3 million/season, includes 32 games played on Saturdays at 12:30p GMT), while SKYAY wrapped up packages B, C, D & E ($1.655 billion/season). The 4-package haul gives Sky Sports the exclusive rights to broadcast 128 league games, including all Saturday tea-time (5:30p GMT) and 7:45p GMT matches, Super Sunday afternoon games, Monday and Friday night football. There are reportedly “multiple bidders” (that may include Amazon) interested in the last 2 packages, F and G; each containing 20 matches to be played on bank holidays and mid-week. BBC locked up the domestic highlights rights package for the next cycle.

Howie Long-Short: SKYAY and BT Sport are currently paying $7.147 billion, so the value of domestic rights decreased by $2.8 million/match. SKYAY is picking up 2 matches per year and paying 16% less over the term of the 3-year pact. Unlike the new Fox NFL TNF deal, which is expected to be a loss leader for the network; BT believes with its acquisition of EE (and the corresponding increase in viewership), the company will turn a profit on their investment. It must be noted that while the value of domestic EPL broadcast rights declined, the league is seeing massive overseas growth; reflected in newly signed deals with the U.S. ($178 million/season through ‘22, twice the value of the previous deal) and China ($250 million/year through ‘22, 14x value of current deal).

Fan Marino: There was some big news on the U.S. soccer front late last week, when Carlos Cordeiro was named the winner of the U.S. Soccer Presidential election (8 candidates); after 3 rounds of voting. Cordeiro who acknowledges he’s not a “soccer expert”, will hire 2 GMs (USMNT, USWNT) who will report to CEO Dan Flynn. Cordeiro isn’t new to U.S. Soccer, he’s been the federation’s Vice President the last 2 years and spent the prior 9 years as an independent board member.

Despite declining revenue in North America (-4.5% to $1.02 billion), Under Armour (UAA) announced Q4 ’17 revenue increased 4.6% to $1.37 billion; buoyed by a 47% increase in overseas business (23% of total sales). On Tuesday’s earnings call, CEO Kevin Plank said the company anticipates ’18 sales will continue to grow in the low single-digits; while announcing an expanded restructuring plan ($110-$130 million pre-tax, on top of the $85 million booked last year), projected to save the company at least $75 million annually beginning in ’19. UAA lost $87.9 million in Q4 ’17, following a one-time expenditure related to the new tax laws and $36 million in restructuring charges (i.e. facility terminations, severance costs); on an adjusted basis, the company lost just $579,000.

Howie Long-Short: UAA’s 4th quarter wasn’t overwhelmingly successful, but it did beat analyst expectations ($1.37 billion vs. $1.31 billion) and that was enough for investors as shares climbed 17.36% on Tuesday; closing the day at $16.70. Moving forward, Plank sees “footwear (+9.5% in Q4 ’17), women’s and international (projecting +25% in ’18)” sales driving growth. Of course, he’ll have some competition with NKE looking to grow abroad too; projecting a $15.6 billion increase (to $50 billion) in revenue by 2020, with 75% of that growth expected to come from overseas markets.

Fan Marino: Sneaker brands release limited edition colorways to showcase their signature lines on All-Star weekend (2.16-2.18). Under Armour has unveiled the Steph Curry 4 “City of Angels” (on sale on 2.16, $130), the sneaker the Golden State star will wear as he leads his hand-picked squad against Team LeBron. James will wear the LeBron15 “All-Star”, a colorway inspired by the Hollywood Walk of Fame.

opendorse has announced a landmark (their first with a major woman’s sports property) partnership with the Ladies Professional Golf Association, providing 200+ tour players with the ability to share on-course content across social platforms and create new social revenue stream opportunities. The alliance offers LPGA stars the chance to build and monetize their personal brands, while the social distribution platform enables tour players to easily approve and share content from brand sponsors. Brittany Lincicome became the 1st LPGA player to use the platform, using it at the season-opening Pure Silk-Bahamas LPGA Classic last month; she won for the 2nd year in a row. 2,800 athletes and 1,500 brand partners now use opendorse to engage their fans.

Howie Long-Short: opendorse was founded by former Nebraska Cornhusker football players Blake Lawrence and Adi Kunalic. The Lincoln (NE) based company has maintained its ties to the program, recently closing on a $3.5 million series A round with more than 1/3 of the capital coming from former Huskers; including Bears CB Prince Amukamara. The company has raised a total of $9.8 million to date.

Fan Marino: We gave you some good news related to the LPGA tour, here’s a positive story on the PGA side. Earlier this month, video and audio production union (International Alliance of Theatrical Stage Employees) workers (i.e. camera crew, graphics) at the Golf Channel walked out on the final round of the PGA tour’s Sony Open (and 2 other tournaments) over stalled negotiations. While the channel was able to broadcast the finish of the Sony Open and the CareerBuilder Challenge the following week, the quality was noticeably inferior. The strike has since ended (lasted 1.5 weeks) as IATSE Technicians received the higher wages and increases in health care contributions, they had been seeking. Good for them!