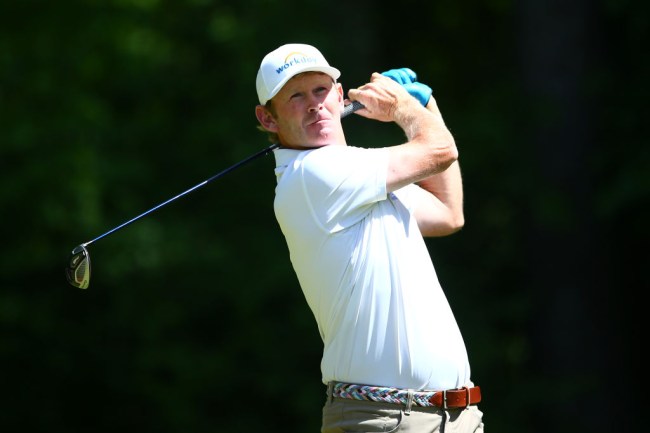 U.S. Open week is finally here and oh man should it be a fantastic four days out on the West Coast.

Brooks Koepka is going for his third straight U.S. Open win, and seeing as how he’s won four of the last nine majors played he’s without a doubt the safest – and probably smartest – pick among the 156 man field. You’ve also got that man named Tiger Woods returning to Pebble Beach where he won the U.S. Open back in 2000 by 15 shots.

When it comes to the favorites this week you have Dustin Johnson, Rory McIlroy and Koepka sharing the best odds at 8-1 followed by Woods at 11-1.

The beauty of Pebble Beach, however, is that it’s not strictly a bomber’s paradise like we saw last month at the PGA Championship. Sure, length off the tee isn’t going to hurt anyone, but Pebble rewards good ball strikers that know where to leave their approach shots as well. The course will be playing tight off the tee, but with small and firm greens it should allow more players to be within striking distance come Sunday.

Throw in the never-ending possibility of iffy weather and the USGA setting up the course we should see an interesting leaderboard all week long with plenty of interesting names towards the top.

Here are three under the radar guys you need to take note of heading into this year’s third major championship.

It’s nearly impossible to find a better ball-striker than Matsuyama. When it comes to iron play Matsuyama sits on the upper, elite tier among PGA Tour players, but it turns out putting is pretty important in the game of golf and let’s just say that aspect of his game isn’t elite.

Finau comes into the U.S. Open with four Top-10 finishes in the last six major championships. He’s a player that is within striking distance more often than not, but somewhat unbelievably still has just one PGA Tour win to his name.

He makes his money off the tee ranking fourth on Tour in average driving distance and 28th in strokes gained: off the tee, but his iron play always seems to be a bit overlooked. He finished T-38 at the AT&T Pebble Beach Pro-Am back in February, but the course will be set up much more difficult which should actually benefit Finau’s game.

The Nashville native has battled the injury bug over the past few years but appears to be completely healthy coming off of a T-4 finish at the Canadian Open last week. That’s pretty good news when you add the fact that Snedeker has won at Pebble Beach twice in his career, the last coming in 2015.

Snedeker is known for his putting, it’s pretty much as consistent as Tiger wearing red on Sunday’s, but it’s the driver that has plagued him the most this year. However, with his great history here, he clearly likes the sight-lines off the tee and should draw some confidence off of the past alone.

If the 2012 FedEx Cup champion can find some consistency off the tee, his short game and putter should propel him to a pretty nice spot come Sunday. He may be playing his best golf of 2019 heading into the week.