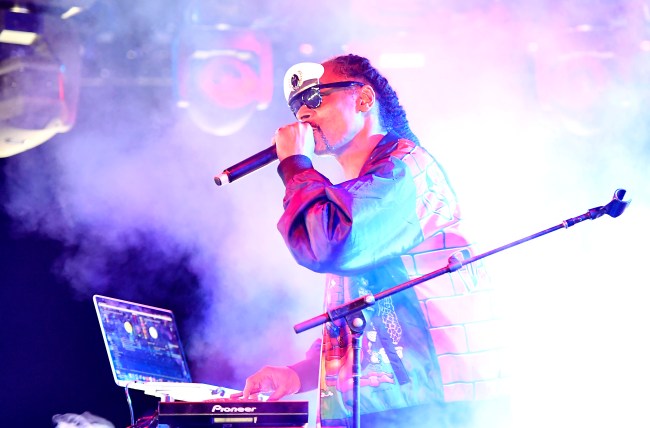 The Los Angeles Angeles Lakers just won their 17th NBA Championship and are now tied with the Boston Celtics (at 17) for the most of any NBA franchises. LeBron James and Anthony Davis could not be denied this year no matter how much of a fight Jimmy Butler and the Miami Heat put up.

As a tribute to the Los Angeles Lakers’ 17th Championship, rap legend and Lakers superfan Snoop Dogg just got his entire forearm inked up. Frankly, I’m surprised he had that much prime real estate to give to a new tattoo but it came out great.

Snoop pays tribute to the Lakers and Kobe Bryant with his latest ink which he shared on Instagram saying “As you see, the tat is done. ‘KB’ on the bottom, Kobe Bryant. Larry O’Brien championship trophy with the Lakers [logo] going through the ball. Gates of Heaven up top, and it don’t stop. Laker Nation. Thank y’all Lakers, and thank you Mr. Cartoon in a real motherf*ckin’ way. We the west and we the best, f*ck out of here.”

Snoop Dogg is 100% on the ‘Mt. Rushmore of Lakers Fans’ which puts him on A LOT of Mt. Rushmores in pop culture. He’s on the Mt. Rushmore of famous stoners/people you’d want to smoke weed with and iconic rappers. The dude is a cultural icon.

The Lakers’ 2020 Championship Parade is currently on hold due to the ongoing pandemic but YOU KNOW when it happens that Snoop Dogg will be there poppin’ off with LeBron and the team. And likely hosting after parties for the VIPs. He’s as much of a part of that team’s culture as anyone who doesn’t actually get a paycheck from the Lakers.