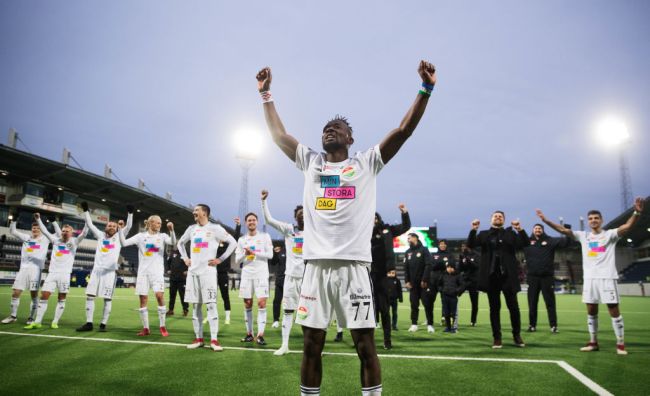 There can’t be many people in the world of sports who can match the level of dedication that Mohamed Buya Turay showed this summer.

After spending last season playing for the Henan Songshan Longmen of the Chinese Super League, Turay was set to be transferred to last year’s winners of the Allsvenskan, Malmo FF.

He was just facing one issue. He needed to head to Sweden to finalize the transfer, but had his wedding coming up.

Turay did the only thing he could. He went to sign the contract with Malmo and sent his brother to the wedding as a stand-in.

Turay posted pictures from a photoshoot he did with his wife before he left to sign the contract.

🌟🐐🦁🇸🇱 I married my sweetheart, wife and my Best friend today!!! What an amazing human being!!! And What a blessing!!! Mrs SBT💞💍 Suad Baydoun

I can’t wait to enjoy life with you together soboti 😃🤦🏾‍♂️. pic.twitter.com/nEw4siV0QF

It’s no surprise that Turay was in such a rush to make sure his transfer to Malmo went through. He has enjoyed the best years of his career playing in Sweden. His professional career began in the 5th Division of Swedish football, where he scored 32 goals in 25 matches over his first 2 seasons.

He worked his way up the ladder from there, eventually making it to the Allsvenskan with Eskilstuna. He scored 9 goals in his first season in Sweden’s top league and followed it up with 9 more in the first half of his next season before he was transferred to Belgium.

He struggled for playing time in Belgium, but returned to the Allsvenskan on loan and scored 15 more goals. After 2 seasons in China, he gets a chance to return to the country where he has scored 79 of his career 86 league goals and gets to do it with the country’s best team.

That opportunity just might have been worth missing his own wedding.