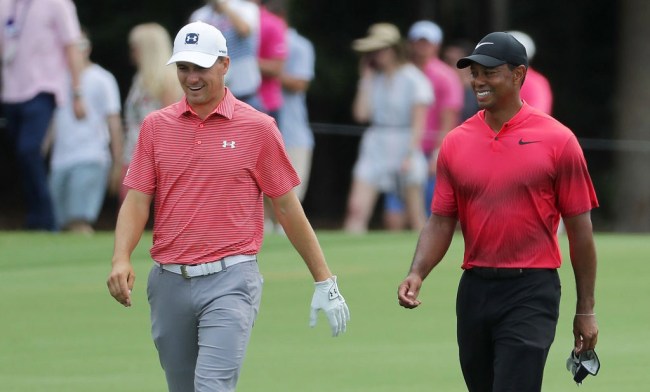 The final Major of the 2018 PGA Tour season was just completed with Brooks Koepka winning the third Major of his career and second this year. But it’s never too soon to start looking ahead to 2019 and the PGA’s first Major of the year, The Masters.

That tournament is especially notable considering the fact that Tiger Woods made a serious run to win not only the PGA Championship, finishing in second (his best finish at a major since 2009), he also looked good at The Open Championship with a sixth place finish.

“I was in contention the last two major championships. I would never have foreseen that a year ago,” Woods told CBS’ Amanda Balionis.

“I can’t thank them enough for what they were saying out there, and what it meant to me as a player.”

Tiger Woods tells @Amanda_Balionis just how much he appreciates his fans. pic.twitter.com/UKDA9AFTkc

The second and sixth place finishes were Woods best in back-to-back Majors since 2010, and according to Justin Thomas, who finished tied for sixth, the “Tiger Effect” is definitely back.

Tiger Woods: 266, lowest total score of his major championship career. 64 is his lowest ever final round score in a major.

“The roars were pretty unbelievable,” Thomas explained to CBS. “I was fortunate to be making some of them for myself. A lot of them were for him, for Brooks and Adam. … This was the first real kind of a ‘Tiger Effect’ that I’ve experienced — that many people. The fans here were unbelievable all week, and it was fun to play in front of.”

So will the “Tiger Effect” that golf fans have missed so much be back when the PGA Tour returns to Augusta in 2019? BetDSI.com has opened odds to win the 2019 Masters Tournament and they think it will be back.

Jordan Spieth is the early favorite at 10/1 to win the 2019 Masters, but Tiger Woods has the second lowest odds at 12/1.

In the immortal words of John Wick (paraphrased), “Yeah, I’m thinking he’s back.”