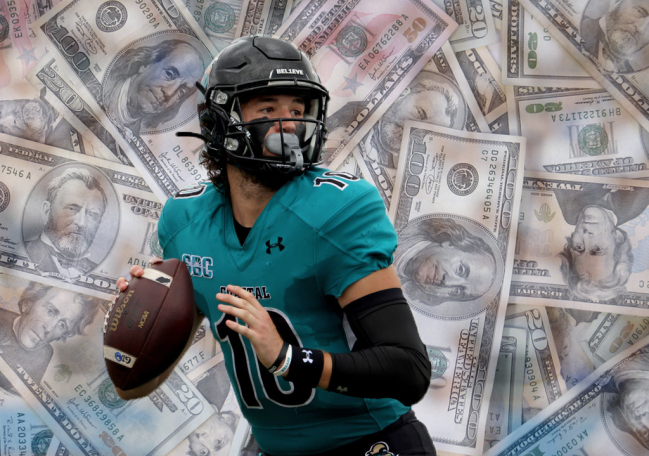 One sports bettor had a lot of faith in Coastal Carolina football.

The nation’s No. 15-ranked team faced Arkansas State on the road on Thursday, and the spread sat at -19.5 in favor of the visitors. One BetMGM customer expected the Chanticleers to hang a large number on the Red Wolves and placed a six-figure bet on them to cover the spread.

The line originally opened at -17.5, so he or she was extremely confident that it would be a three-possession game.

Here’s the thing. Unless this is a Chanticleer student or alumnus betting on his or her own team, it was a bold wager for a random Sun Belt game on a Thursday night in October.

Coastal Carolina is the highest scoring team in the nation thus far into 2021. Jeremy Chadwell’s team was scoring an average of 47.2 points per game entering Thursday. And on the other side of the ball, Arkansas State is allowing the most points per game in the country.

However, Coastal was scoring only 28 points per game on the road, compared to 53.7 on the road. Additionally, quarterback Grayson McCall was dealing with a left foot/lower leg injury.

The sophomore came out of halftime with a walking boot on his left leg during a 59-6 blowout win last weekend. Was it really worth the risk?

Fortunately, McCall looked 100% good to go and made a dominant start on Thursday. He went 18/23 for 365 yards and four touchdowns without an interception against the Red Wolves, so his foot clearly wasn’t an issue.

With that being said, when Coastal started to get ahead in the second half, there was talk of him coming out of the game earlier than he normally would. That nearly allow Arkansas State to sneak in the backdoor and cover +19.5.

In fact, with just over 12 minutes left in the game, the Red Wolves scored to cut the deficit to 18— which would have covered. Because they scored, the Chants kept their starters in the game and found pay dirt twice in the fourth quarter to win by 32 and cover easily.

While it all worked out in the end, can you imagine how the BetMGM customer felt when he saw that lead shrivel to 18?! Phew!

Coastal is a legit program and has its sights set on an undefeated season. Perhaps the biggest test of the season comes next Wednesday when the Chanticleers travel to Boone and face the one-loss App State Mountaineers.

Can they keep rolling all of the way to a potential New Year’s Six bowl? Will this (now $200,000 wealthier) bettor continue to ride the Mullet-donned boys in teal?