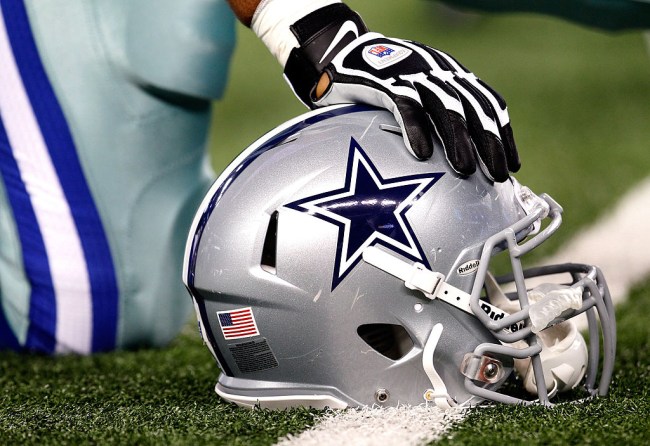 CBS, NBC (CMCSA), FOX (FOXA) & ESPN (DIS) expected to generate $2.5 billion in advertising revenues during the 2017 season; but a 12% YOY ratings decline in Week 1, followed by a 15% YOY decline in Week 2, may indicate the networks will fall several hundred million dollars short of that estimate. A 10% viewership decline would likely cost the networks more than $200 million in potential earnings. Between the Sept. 7 start of the NFL season and the end of Week 2, shares of DIS, CMCSA & CBS were down 3, 5 and 7% respectively; with shares of FOXA up 2%.

Howie Long-Short: Look for the league to change its stance on legalized gambling should the ratings continue to slide.

Fan Marino: How come no one wants to talk about the fact that since 2009, only 3 QBs drafted (and still starting) have won a playoff game (Russell Wilson, Cam Newton and Andrew Luck). The product is stale.

Forbes released its annual list of NFL team valuations and for the 11th straight year the Dallas Cowboys are on top, up 14% YOY ($4.8 billion). The Patriots, Giants, Redskins, 49ers and Rams also scored valuations north of $3 billion. On average, team values increased by 8% YOY (up to $2.5 billion), with the NYJ being the only team that did not see growth YOY. Valuations have skyrocketed over the last 5 years. In 2012, the Cowboys were the only team worth $2 billion; now all but 5 teams are, with the lowest valued team at $1.6 billion (Buffalo).

Howie Long-Short: Operating profits were on average a record $101 million/team last year, with every single team making at least $40 million; but somehow Forbes doesn’t think the Jets increased in value. It’s laughable to peg the team at just $2.75 million. NBA teams are now going for $2 billion+. The Jets/Giants each own 50% of a $1.2 billion stadium. If a NY based NFL team ever hit the market, the number would be closer to $4 billion than $3 billion.

Fan Marino: The Raiders are up 14% YOY (behind only ATL, DAL and N.O.), so from a fiscal perspective, the decision to announce the move to Las Vegas was the correct one. Then you see this, this, and this, and know the league should have done more to keep the team in Oakland.

ATP TOURNAMENT TO USE ELECTRONIC LINE CALLING FOR ALL SHOTS, NO LINE JUDGES

The Men’s ATP (Tennis) tour has announced that the Finals of Next Gen ATP Tournament (Nov. 7-12) will feature electronic line calling for all shots, for the first time at an ATP sanctioned event. The Hawk-Eye Live system shows replays of close shots on stadium screens, so that both the competitors and the fans in the stadium can determine where a ball landed. The technology is currently utilized on contested replay reviews at other tour stops. The season ending tournament will showcase the top players under the age of 21, and include several other experimental rule changes including; 4 game sets, no lets and a serve clock.

Howie Long-Short: Hawk-Eye is a subsidiary of Sony (SNE). While terms of the 2011 acquisition were never released, it was estimated SNE paid upwards of $32 million for the ball-tracking technology.

Fan Marino: The Hawk-Eye Live system uses 10 cameras, set at the center and base lines, to calculate the path of the ball. The system reportedly has a 2.6mm error rate. While that is impressive from a technological standpoint, fans should be concerned about the false transparency it creates. Hawk-Eye makes its decisions based on modelled reconstructions, not the actual video; yet encourages its viewers to believe the reconstructed image without acknowledging room for error. In other words, don’t believe everything you see!