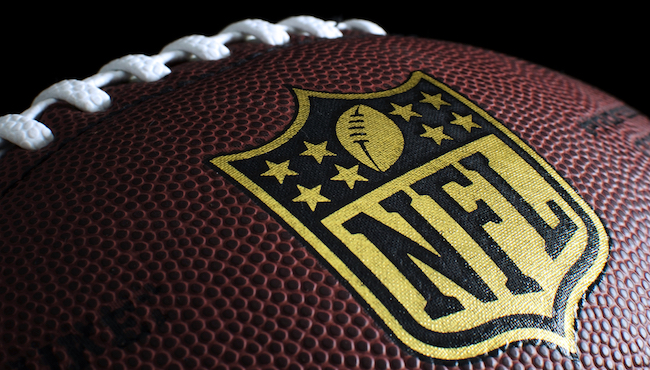 TV networks saw a 12% YOY increase in viewership during the first 3 weeks of the preseason, suggesting that regular season numbers would pick up from a disappointing 2016 season. But last Thursday night’s season opener between the Patriots and Chiefs drew a 14.6 rating, down from 16.5 last year; making it the least watched opener since 2009.

TuneIn has partnered with the NFL to provide fans worldwide with the home and away, national and Spanish radio broadcasts of all 32 NFL teams. JWS wanted to find out how if radio saw a similar uptick in preseason listeners and how the opener rated. TuneIn VP of Marketing, Scott Parker, provided some insight:

Scott Parker: “Year over year, our number of preseason listeners grew by 70%. This is indicative of all of the ways people are consuming NFL content, especially with the growing usage of streaming audio, in the preseason. We actually had success in a unique Preseason stunt featuring a joint Audiocast with the Patriots and Texans. We do see a correlation between Preseason and Regular season and saw record numbers for the season opener.”

Howie Long-Short: TuneIn isn’t public, but the company is backed by Comcast Ventures. CMCSA co-led a $50 million round in April 2017 to fund the buildout of TuneIn’s Premium Subscription service offerings.

Fan Marino: A recent ESPN (DIS) poll indicated that 68% of avid NFL fans live outside their favorite team’s home market. I’m not sure how ESPN defined avid, but that can’t be accurate. Americans live a median distance of 18 miles from where they grew up.

ESPN is experimenting with the implementation of “SportsCenter Right Now” segments, 90 second updates designed to provide the viewer with up-to-the-minute game scores or breaking news. By January, the spots will appear several times an hour within all daytime ESPN programming and during halftime of games aired on ESPN/ABC (DIS); simultaneously airing on ESPN.com and within the home screen video player on the ESPN app. ESPN is using “SportsCenter Right Now” to keep the SportsCenter brand relevant, in a time when fans can access highlights on demand through various social media channels.

Howie Long-Short: SportsCenter ratings have fallen 30% since 2010 (40% in younger demo), so something had to be done. Turning SC into a digital property makes sense. Expecting Jemele Hill and Michael Smith to drive viewers, does not.

Fan Marino: For fans of ESPN radio, the spots will sound familiar. They are the live TV equivalent of the updates that have run 2x/hour on the station for years. Of course, as a loyal Mongo, I prefer to get my updates from the Mink Man.

The Federal Reserve System has approved the proposed acquisition of World’s Foremost Bank (Cabela’s credit card business) by Synovus Bank (SNV), eliminating the last significant hurdle in Bass Pro Shops’ purchase of Cabela’s (CAB). Under the proposed deal, Synovus would assume $1.2 billion in deposits, $4.1 billion in non-deposit liabilities and the balance of World’s assets, approximated to total $5.7 billion. Capital One (COF) would take over credit card receivables upon completion of the deal. Back in July, Cabela’s shareholders overwhelmingly voted (78%) in favor of selling the retail business for $4.2 billion. The deal is expected to close by October 3rd.

Howie Long-Short: Cabela’s shareholders are breathing a sigh of relief, as the Fed’s October 3rd deadline was quickly approaching. The company recently reported Q2 profits/earnings, with YOY same store sales down 9.7% and profits down 25% from 2016 figures. Had the deal not been approved, Bass Pro Shops almost certainly would have walked away or demanded a lower sales price.

Fan Marino: There is apparently a trend of teenagers jumping into the large aquariums at Bass Pro Shops. Anything for the Snapchat!

Fitbit (FIT) has announced a partnership with Dexcom (DXCM) that will enable the brand’s new Ionic smartwatch to continuously monitor user glucose levels through a G5 mobile sensor, beginning in early 2018. The deal means that diabetes patients will be able to seamlessly transfer up to the minute glucose level data to their wrist for easy access. Dexcom’s G5 system for blood sugar monitoring requires users to embed a sensor just below the skin, with a compatible app providing levels updates every 5 minutes.

Howie Long-Short: Fitbit making the move from fitness tracking to health tracking is wise. The stock is at its highest price since January, when the company laid off 6% of its staff and first announced its intentions to introduce a smartwatch.

Fan Marino: Dexcom already has a partnership in place with Apple (AAPL), so this deal isn’t giving Fitbit a leg up in the smartwatch race. In fact, Apple is reportedly working on a non-invasive real-time glucose monitor for future versions of their Watch and is apparently far enough along in development that the company has begun feasibility testing.

Facebook (FB) has agreed to a partnership with Barstool Sports that will give Watch, FB’s new video platform, original sports programming content. “The Barstool Tailgate Show” will cover college football storylines and comedic news from a different campus each week, with shows airing on Facebook Live prior to the Saturday night ABC/ESPN (DIS) primetime game. Barstool Founder Dave Portney and former Colts Punter and Barstool personality Pat McAfee, will host the show. Financial details of the deal were not released, but Facebook is investing in the production of the show and would be the ones to secure future and benefit from corporate sponsors.

Howie Long-Short: Barstool had a live show Super Bowl week on Comedy Central (VIAB). The show had 310K viewers and beat the Daily Show by 7% in the 18-34 male demo, on Monday January 30th (their first show). That is where the good news ended though, by Thursday, February 3rd, the audience had fallen to 217K viewers, no better than the worst rated Futurama rerun that the network ran the week prior.

Fan Marino: Watch is quickly scooping up non-traditional sports content that Millennials eat up (see: “Ball in the Family”). It’s a smart strategy for a company that wants to be in the sports streaming business, isn’t getting NFL games (existing deals run through 2022) or NBA games (existing deals run through 2025) anytime soon, and needs to put out original content to draw video advertising dollars that will drive future revenue growth. What kind of Stoolie is on Facebook at 7:30p on Saturday night though?