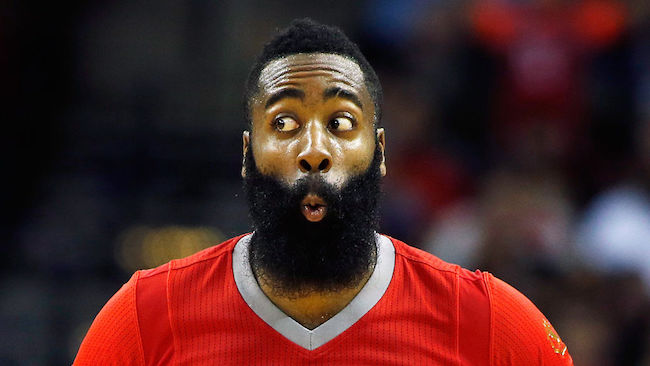 Houston Billionaire, Tilman Fertitta is the new owner of the Houston Rockets. Les Alexander agreed to sell the franchise for $2.2 billion, the most ever paid for an NBA team. Alexander decided to sell the Houston basketball team to focus on his philanthropic efforts. He recently donated $10 billion to Hurricane Harvey relief. Ferttita, the Landry’s Inc. and Golden Nuggets Casinos owner, was an original investor in the Houston Texans franchise.

Howie Long-Short: Feritta attempted to buy the Rockets in 1993. He offered $81 million, Alexander submitted the winning bid of $85 million. It might be a day late for Fertitta, but it is certainly not a dollar short.

Fan Marino: Fertitta, an extremely wealthy man, spent 71% of his net worth on the franchise. When Steve Ballmer bought the Clippers for $2 billion, he spent just 6% of his. Ballmer was the 30th employee at Microsoft (MSFT) and owned 8% of the company when incorporated in 1981. It’s good to have Microsoft money!

The NFL is getting smarter, as its teams and players embrace the recent explosion in digital health & athletic performance applications. Here at JWS, we look to put the companies (that you can invest in) behind those applications on your radar.

Zebra Technologies (ZBRA); Catapult (ASX:CAT) – Both companies track the movement of players during games, providing next generation stats based on location, speed and acceleration. ZBRA places radio frequency identification tags on each player and receivers around a stadium, then triangulates the position of the tags. CAT uses GPS and accelerometers to determine location and movement.

Sparta Science – Strength tool used to measure the force a player applies to a plate in the ground as he jumps (i.e. the push off). Qualcomm Ventures (QCOM) is among their investors.

STRIVR – Developed a virtual reality system that runs players through practice reps. BMW (ETR: BMW) i venture is among their investors.

Howie Long-Short: The NFL has its own private equity arm, 32 Equity. The firms most recent investment was in Blue Star Sports, the Jerry Jones backed sports technology provider. The investment capital will be used to fuel technology acquisitions that enhance the youth sports experience and foster youth sports participation.

Fan Marino: STRIVR was developed at Stanford and first used by David Shaw’s team during the 2014 season. Kevin Hogan was the first QB to use the technology.

DID MAYWEATHER/MCGREGOR DO 6.5 MILLION BUYS? UFC ISSUING REFUNDS TO FANS WHO HAD TECHNICAL ISSUES

UFC president Dana White has claimed that the Mayweather/McGregor fight did 6.5 million buys, which would destroy the existing worldwide PPV record set by the 2015 Mayweather/Pacquio (5.5 million) fight. That figure may be inflated though, as technical issues with UFC.tv forced some viewers to purchase the event twice. After initially deflecting the blame and refund requests to video technology provider NeuLion (NLN), White has since announced that the UFC will be issuing refunds to fans who had issues streaming or logging in to their account.

Howie Long-Short: They say that any publicity is good publicity. Perhaps not when dealing with a mega-fight. NLN shares are down 10% since fight night.

Fan Marino: ESPN is claiming 1 in 6 Americans watched the fight (50 million people). My informal poll (i.e. guessing) says that 5/6 people on the east coast were sleeping by the time the fight started. How come every other sport airs games during the east coast’s primetime, but PPV boxing & MMA start at 12:30a?

Alibaba (BABA) Executive Vice Chairman, Joe Tsai, has purchased the San Diego based expansion franchise of the National Lacrosse League, set to begin play for the 2018-2019 season, for $5 million. With the expansion, NLL now has teams in 10 cities with the intention of adding a couple of new franchises annually. League attendance surpassed 10,000/game last season (up 12%) and the NLL now has 25,000 subscribers to their digital TV network, launched just 9 months ago. Tsai, a former Yale lacrosse player worth an estimated $11.4 billion, has also expressed interest in purchasing a piece of the Brooklyn Nets.

Howie Long-Short: When guys like Stan Kroenke and Terry Pegula are investing in teams, the league has a future. It is also a lot more affordable than buying an MLS expansion franchise these days ($150 million).

Fan Marino: Did you know that NLL games are played indoors? Unlike collegiate lacrosse that is played on an outdoor field, NLL is played indoors in a rink or “box”. The games are 6 on 6, each teaming having a goalie and 5 “runners”.

YogaWorks (YOGA) has announced the purchase of 2 Tranquil Space yoga studios in the D.C. metro area; including their Dupont Circle location, which was named one of the Top 25 yoga studios in the world. YOGA will retain all Tranquil Space teachers/staff and continue to offer existing programming at both locations. The acquisition, which comes less than 30 days after the company’s $35 million IPO took place (Aug. 11), brings the yoga instruction company to 52 studios in 7 markets.

Howie Long-Short: YOGA has gone from $13 in a preliminary offering to $5.50 at time of IPO to $3.80 at the time of print, with $2/share in cash. Why are revenues down if the yoga market is growing?