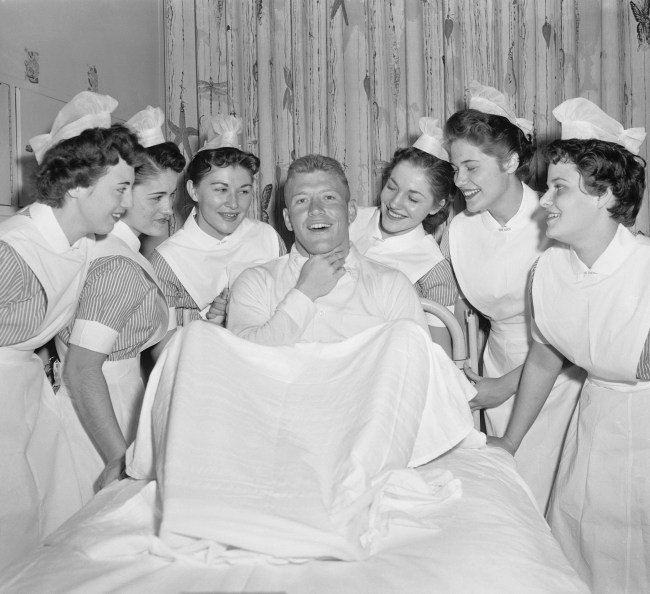 In his eulogy at Mickey Mantle’s funeral in 1995 after the Yankees legend died of liver cancer, Bob Costas said Mickey ‘came to accept and appreciate the distinction between a role model and a hero. The first he was often not. The second he always will be.’

Mantle, who was one of the most popular men in America in the 50s and 60s, acted like it. Stories of the 20-time All-Star being a womanizer and a drunk became more prevalent in the works that examined his career.

Mantle married his high school sweetheart Merlyn Johnson in 1951, but that didn’t stop him from living fast and loose.

In a new memoir titled A Farewell to Arms, Legs, and Jackstraps: A Sportswriter’s Memoir, Diane Shah — the first female sports columnist for a major newspaper — recalled an interview she conducted with Mickey Mantle in 1970, two years after his retirement.

Shah reportedly asked Mantle how long he’d been married, to which he replied: “Too long.”

“Then he reached inside his jacket and pulled out a greeting card. He handed it to me. The front showed a picture of flowers, and I assumed this was a card he intended to give his wife. I opened it. Inside, it said, ‘Wanna f - - k?’ He grinned.”

Shah continues, “I stared at the card. Had he bought this specially for me, or was this something he did all the time? I suddenly felt bad, but I wasn’t sure if it was for me or for him. I closed the card and — without a word — handed it back.”

She also asked the Mick what he did during the offseason and “he had replied that he liked to hunt and fish,” she writes. “I asked what he hunted, thinking maybe deer, grouse?”

Mantle replied with a naughty euphemism for a woman’s genitals. [via]

We know from a 1980 interview with New York magazine that Mantle replied, “Puss.” 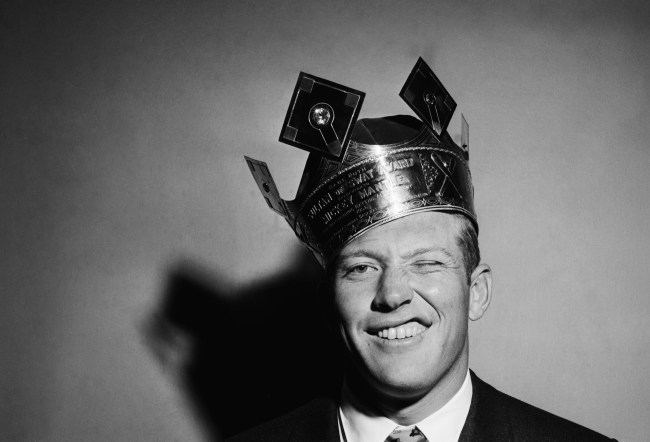 Shah also remembers going out to dinner with Mantle and his friends that night and Mickey getting so hammered that he nearly fell out of his chair. On the walk back from dinner, Mantle allegedly stumbled and fell into a gutter along Central Park South.

During the final years of his life, Mickey, who died at age 63 of liver cancer after a life of alcohol abuse, expressed deep regrets for the way he conducted his life.

Before his death in 1995, he told his children, “Don’t be like me. I want to get across to the kids not to drink or do drugs. Mom and dad should be the role models. That’s what I think. I was given so much and I blew it.” 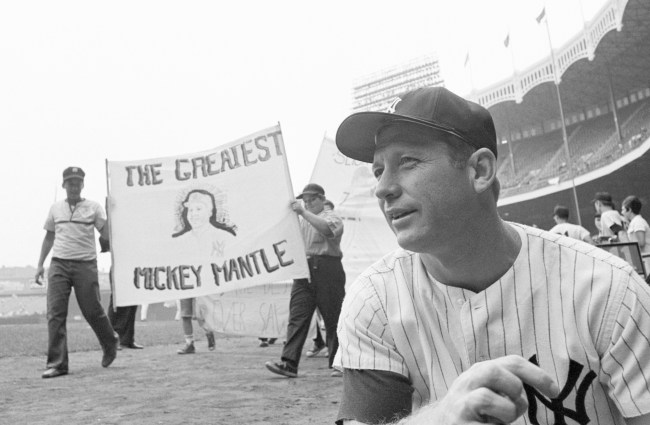