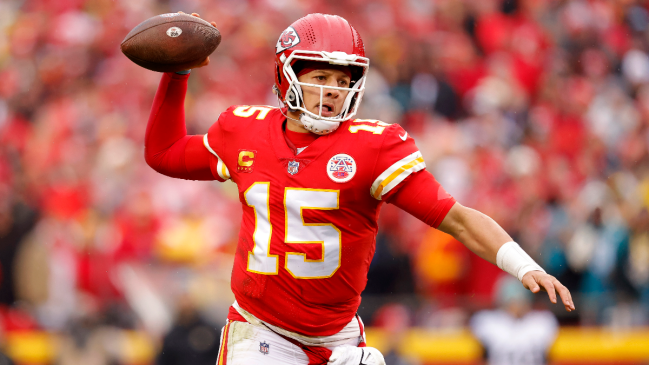 The NFL playoffs may have just been completely flipped on their head.

The top-seeded Kansas City Chiefs, who entered the playoffs at 14-3 as the champions of the AFC West, were the prohibitive Super Bowl favorites entering the postseason.

A large part of that was presumptive league MVP Patrick Mahomes, who had a career year in the midst of an already hall of fame caliber career.

But now that may be all for naught. Mahomes went down clutching his knee late in the first quarter against the Jacksonville Jaguars in the AFC Divisional round after getting rolled up by Jags defender Arden Key.

Prayers up to Patrick Mahomes as he came up limping here on this play.pic.twitter.com/tRHnkT3x1J

He then proceeded to limp around for the next few plays of the drive before hobbling off after the first quarter ended.

Patrick Mahomes limps off the field to end the 1st quarter. pic.twitter.com/9aQ03caxAA

Fans couldn’t believe what they were seeing.

That could be a really bad injury…

Mahomes is a tough SOB. This is very bad and he’s battling his ass through this. Not sure how long his adrenaline will last, but they are gonna cast up his ankle with tape and hope for the best. This stinks.

Mahomes can't move. The limping isn't as bad after the play since the tape job between quarters, but he couldn't scramble in any capacity on that failed third down.

This looks bad. Mahomes wants to grit it out but he’s hobbling.

Mahomes will try to will his way through this but it looked bad. He’s in obvious pain.

Mahomes returned and finished the possession but clearly struggled to move. It ended with a Chiefs field goal to retake the lead, 10-7. He then slammed his towel down and left the Kansas City sideline once Jacksoville took possession. Without Mahomes healthy, the Chiefs are now facing an uphill battle.