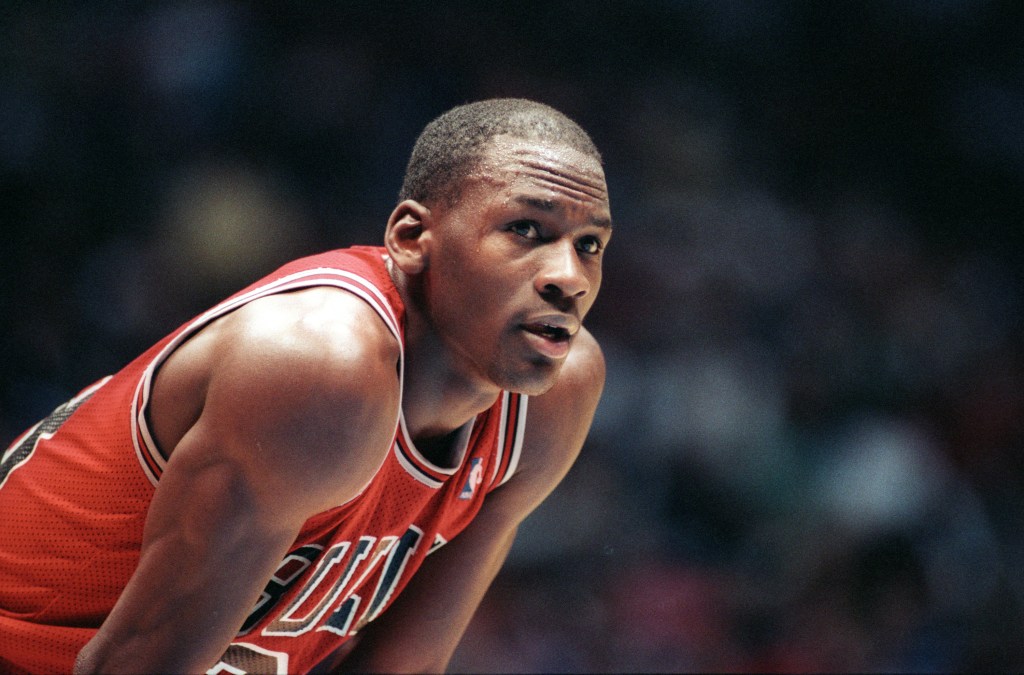 A pair of game-worn Michael Jordan Nike sneakers from his 1984 rookie season just set a new record at auction after selling for $1.472 million. Sports memorabilia and card collector Nick Fiorella is now the proud owner of these record-setting sneakers purchased in a recent Sotheby’s auction.

These are historically significant sneakers. The autographed red and white Michael Jordan sneakers were worn in the fifth game of his 1984 rookie season. And the $1.472 million record-setting amount more than doubled the price tag from the last time these sneakers were sold.

Let this sink in for just one moment: this exact pair of autographed and game-worn Michael Jordan sneakers was sold at auction for $615,000 in August of 2020. So they went up in value an astounding $857,000 in only 14 months!!!

The sports world reacted with complete shock at the price these Jordan sneakers sold for at the Sotheby’s auction. Many people took to Twitter to share their disbelief at how much money is being thrown around in the sports memorabilia and collector’s world right now.

A pair of game-worn Michael Jordan sneakers from his rookie season sold for $1.472 million to high-end card collector Nick Fiorella.

It has shattered the record for most expensive game-worn footwear.

and that man yesterday gave back Tom Brady’s 600th td ball for a helmet and $1000 gift card… no shot bucko https://t.co/XbxG2DWwqX

My answer to this question would be ‘Yes, NFTs’

Could there be anything more stupid to spend your money on🤔

But how do they smell? https://t.co/s2OvxfREsR

Wonder how much the NFT of the shot will sell for https://t.co/n84iWHUZyC

A pair of Michael Jordan's 1984 Nike shoes have sold for $1.47 Million to break record at Sotheby's.

I love Michael Jordan and grew idolizing him trying to mimic some his moves, but 1.4 million dollars? You got to be a diehard souvenir collector to spend that kind of money!! Incredible!

Stupidity, but that’s the reality of the world. Some have, while some starve, and some spend on the most ridiculous things. $1.47M will lift 1000 folks out of poverty.

New record for sneakers: R22 million for a pair of Nikes, once owned by Michael Jordan: The shoes were worn in Jordan’s fifth NBA game in his rookie season in 1984. pic.twitter.com/UguDe4IXkf

One thing I don’t understand here is the people suggesting it’s just buying an old and smelly pair of shoes. What was being purchased is a piece of history. Those game-worn 1984 Michael Jordan Nike sneakers were a major stepping stone in both his career on the court as the greatest NBA player in history AND the empire he’d go on to build with Nike/Jumpman.

I’m not suggesting that spending $1.48 million on sneakers is a brilliant use of money, but to claim that what was being purchased is nothing more than old shoes is wrong.