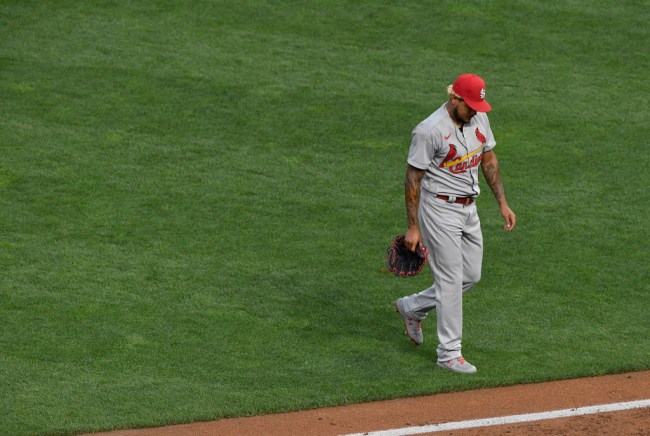 The St. Louis Cardinals currently find themselves in a similar situation the Miami Marlins were in last week as a high number of players have reportedly tested positive for coronavirus. And now, according to Jon Heyman of MLB Network a few players elected to visit a casino recently.

At least a couple Cardinals did go to a Casino, as @TheRealJHair 1st suggested. MLB has since tightened its rule on leaving the team hotel from very strongly discouraged to not allowed. Cards Covid count going into today: 3 players, 4 staff

The MLB originally telling players and staff that it was ‘strongly encouraged’ not to leave the hotel clearly has not worked if this report is in fact true. First, it was the Marlins reportedly going to a bar or club during a trip to Atlanta, now the Cardinals leave the hotel to hit up a casino. It has not been a great start to the new-look season for Major League Baseball.

According to the New York Post, the Cardinals recently had a total of 13 positive tests, seven of which are players, resulting in the team’s series in Detroit to take on the Tigers being postponed. The Cardinals last played on July 29 in Minnesota against the Twins and have been in quarantine in Milwaukee since Thursday when their series against the Brewers was postponed.

As of right now, St. Louis’ current plan is to get back in action on Friday.

The Marlins are scheduled to resume play on Tuesday in Baltimore against the Orioles following their outbreak that sidelined half the players. Miami hasn’t played since July 26 against the Phillies.