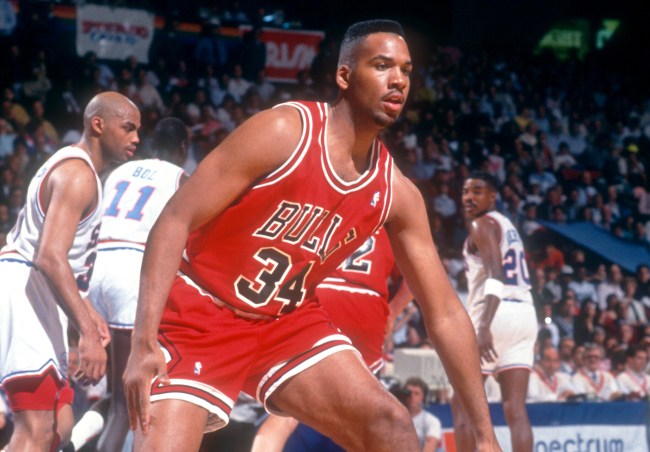 Stacey King sure seems like one of the most superstitious athletes to ever walk planet earth. While the former NBA player hasn’t suited up in a contest since the 1997 season, some of King’s weird pregame habits are making the rounds after he recently spoke about his playing days with NBC Sports — and he told one that is a real head scratcher.

For some context, Stacey King said in a 1988 Sports Illustrated profile that he has some rituals he had to go through before taking the hardwood. Here’s what he said to the reporter, Hank Hersch, who interviewed the player while he was still in college.

A creature of habit, King follows the same routine before every Oklahoma home game: He rubs a 12-year-old rabbit’s foot in his dorm room and lovingly touches three Michael Jordan posters on his walls, contemplates a picture of his late friend Len Bias, whom King had met on a recruiting visit to Maryland, goes to the bathroom and prays, takes extra shooting practice at the arena, winks at his mother in the stands, and then wishes each of the three referees a good game with a pat on the butt.

Pretty strange shit, right? We all have our weird quirks, sure, but Stacey King’s seem to take routines to a whole new level.

Now here’s where things get pretty weird. While talking to NBC Sports, King described how he tried to carry a similar routine before suiting up for his first NBA game in 1989, which came after the Chicago Bulls drafted him No. 6 overall. Those were the same Chicago Bulls that boasted real-life Michael Jordan, meaning King thought he could just rub the human being himself, not just a couple posters on the wall.

When I got to the Bulls, I felt like I could rub Michael instead rubbing of the poster. So, I rubbed him my first game as a rookie, and he looked at me like I was crazy and said, “Hey, man. What are you doing?” He had no shirt on and just had a pair of boxers on. At that particular time, I thought it was awkward. I could see why he thought it was awkward.

I figured I don’t need the poster anymore. I got drafted by the Bulls. I get to do it every game real-live Michael Jordan version. And he just looked at me crazy when I did it.

While MJ seemed to look at the rookie like he was crazy, Stacey King did enough to impress both His Airness, and the Bulls organization, because he ended up winning three championships with them during their first three-peat in the ’90s. Still, maybe he should’ve asked Jordan before just rubbing him while he was half-naked? Or, you know, find a new routine.