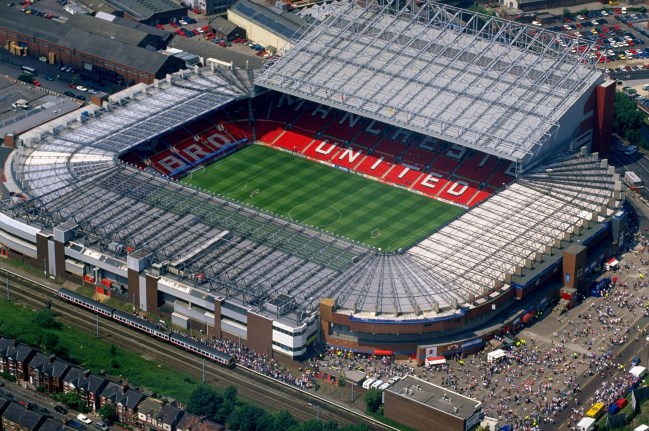 A recent study by corporate finance advisors Duff & Phelps indicated that Manchester United (MANU) would earn an additional $36.6 million/season in revenue, if it were to sell the naming rights to Old Trafford Stadium; which the team reportedly will not do. Manchester City currently has the league’s most valuable naming rights deal (with Etihad), worth $26.7 million/season. While naming right sponsorships are commonplace in the United States (only Arrowhead Stadium, Soldier Field and Lambeau Field remain; the Raiders will certainly have one in Las Vegas), they are an under-utilized revenue stream within Europe; just 8 of 20 EPL clubs have deals in place.

Howie Long-Short: It was recently reported that MANU generated record revenue (+6% YOY to $841.6 million), boosted by a $55.4 million payment for winning Europa league, in 2016-2017; making the Red Devils the highest revenue-generating futbol club in the world, in the process. Real Madrid, which held the title for the previous 11 years, placed 2nd; Juventus (JVTSF) finished 10th ($505.2 million). It must be noted that the list only accounts for revenue accrued and does not take any debts incurred into account. MANU reported on February 8th that Q2 ’18 revenue increased 4% YOY (to $229.5 million).

Fan Marino: Selling the naming rights would be a prudent decision (regardless of the price) that would benefit shareholders, but there is some debate as to how achievable the $36.6 million figure is. Historic venues will always be referred to by their original name, reducing the value of the building’s naming rights; sponsors pay a premium for new buildings with no prior association. They broke ground on Old Trafford in 1909 and the venue has hosted World Cup matches (’66), Euro ’96 and the ’03 Champions League Final. I doubt a sponsor would pay more than the $30 million/year (for 20 years) that the Rams are seeking, for their new stadium in Inglewood.

Rule 40 Prevents Olympic Athletes from Cashing in During Games

IOC bylaws designed to provide exclusivity to official IOC sponsors (paying a reported $100 million over 4 years, or more), effectively prevent Olympic athletes from monetizing their own likeness; both during the Games and the days leading up to and following competition (Feb 1-Feb 28). Violations of Rule 40, the specific regulation that forbids the unauthorized public use of athlete names, images or reference to their Olympic performance in commercial advertisements, are subject to litigation. For reference purposes, GE, Coca-Cola (KO), Procter and Gamble (PG) and Visa (V) are among the official worldwide sponsors of the Pyeongchang Winter Oympics.

Howie Long-Short: Despite the staggering dollars the IOC earns from its official sponsors, the organization managed to lose money in 2017; $99 million after adjustments. Though, the figure lacks significance in a non-Games year. The organization saw an increase in sponsorship income ($493.2 million) relative to 2016 ($410 million) and a drastic rise when compared with the same stage, in the last Olympic cycle ($141.5 million).

Fan Marino: Savvy Tinder users are altering their location to Pyeongchang, to find love…in the notoriously sexually-charged, Olympic Village. Tinder Passport, a feature that allows paying users to change their location (so they can connect with people anywhere), has seen a 1,850% increase in “passporting” to the Olympic Villages. While overall usage (+348%), right swipes (+565%) and matches (+644%) are all up too, parents of Olympians should rest assured; organizers have arranged for an Olympic record 37 condoms per athlete, at the Pyeongchang Games.

Panini, the world leader in officially licensed collectibles, is also the most significant publisher of collectibles in the U.S.; with exclusive licenses to the NFL and NBA (and several other leagues). The company has been the exclusive sticker provider of the FIFA World Cup since 1970 and their quadrennial sticker collection, expected to be released on March 15th and on shelves across the country by April 1st, is a favorite among fans world-wide. I had a chance to chat with Panini America VP of Marketing Jason Howarth to try and get a grasp on the sticker collection phenomenon and their plans for both the Daytona 500 and NBA All-Star Weekend.

JWS: The FIFA World Cup sticker collection is a global phenomenon that I’m not sure the U.S. sports fan fully appreciates. Can you share an experience from a previous World Cup, that might help to put it in to perspective for our readers?

Jason: Yeah, it was eye-opening in 2014 when the President of Colombia was getting out of his motorcade to swap stickers for his FIFA WC sticker collection; in the middle of an election.

JWS: Sunday, February 18th is an important day on the Panini calendar. Why is that?

Jason: Our first product of the season hits, when the Daytona 500 starts; our NASCAR Donruss product. It will be available at mass retailers, at hobby shops and online at iCollectPanini.com. We’re excited to have that product launch at the start of the season and we’re going to do everything we can to get those cards into the hands of NASCAR fans. We want to let them know that they can collect all of their favorite drivers and favorite teams.

JWS: The NBA All-Star Game is also this weekend, what do you guys have planned?

Jason: We’ll be active in the NBA Crossover Exhibit, showcasing memorabilia in an artistic way and showing how trading cards are made with our interactive display that will help people understand the process and evolution of a trading card and then we’ll have a Panini VIP Lounge at NBA All-Star; which is more hospitality for partners, guests and agents, but also player engagement. We’ll have some of the top rookies from this year’s class and some NBA all-stars coming through to do interviews and play pop-a-shot.

Howie Long-Short: Loot boxes, which offer gamers random in-game virtual contents (but cost real money), have been considered by some to be a form of gambling. The Hawaii state legislature just put forward a set of bills that would ban the sale of loot boxes to buyers under the age of 21. When a kid buys a pack of cards, he/she doesn’t know what is inside. How does the trading card industry avoid the gambling comparisons?

Jason: On our boxes, it clearly states “guaranteed 2 memorabilia cards per box”, “guaranteed 5 autographs per box” or whatever are the key components of that specific Panini brand; you don’t know who you’re going to get, but you know what to expect. We also have insertion ratios on the boxes and the packs themselves, telling the collector how often randomly inserted cards are expected to fall.

Fan Marino: While on the topic of the NBA all-star offensive exhibition, the league is attempting to incentivize players to showcase their talents on both ends of the floor; offering an additional $50,000 ($100,000 total) to players on the winning team. I’m not sure that will do the trick. LeBron is making $30.96 million this season. If you made $100,000/year, would you be come to work on your day off (and give it 100%) for $161.49?

While you are thinking about it? Check out Panini’s Team LeBron all-star set. The Team Steph set will be released at 2p CST.