Latest Betting Line Vs. Bills Shows That The Steelers Could Be Historically Bad In 2022 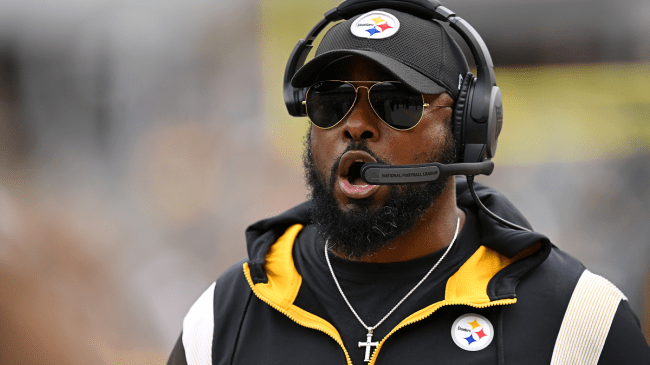 The Pittsburgh Steelers could be headed for a tough year in 2022. The team is transitioning from franchise quarterback Ben Roethlisberger to first-round draft pick Kenny Pickett.

Pickett replaced Mitch Trubisky, who led the Steelers to a 1-3 start. Trubisky led the team on just four offensive scoring drives through three and a half games under center. Pickett, meanwhile, helped the offense score 14 points in the second half of last week’s matchup vs. the Jet.

The Steelers announced this week that the rookie will get the nod for a Week 5 matchup against the Bills. While he looked decent in his first game action, he’s far from the steady hand that Pittsburgh had seen with Big Ben at the helm.

For that reason, Mike Tomlin’s bunch is considered a massive underdog in that upcoming contest with Buffalo. In fact, it’s the largest line the franchise has ever seen.

Pittsburgh will open as a 14-point ‘dog in their upcoming matchup with Buffalo. According to Adam Schefter, the two-touchdown line is the largest the Steelers have seen since the 1970 NFL merger.

The Steelers have been bad on offense, resulting in three straight losses. Pittsburgh is hoping that their new passer can help turn things around, but I don’t think anyone expects Pickett to be a miracle worker against the Super Bowl favorites in Buffalo.

If the line stays where it’s at, it will be the franchise’s largest underdog role to date. And with the team’s recent play, those spreads might not get much better with the next three games including the Bucs, Dolphins, and undefeated Eagles.

If this trend continues, it could be a historically bad campaign for Tomlin and the Steelers.