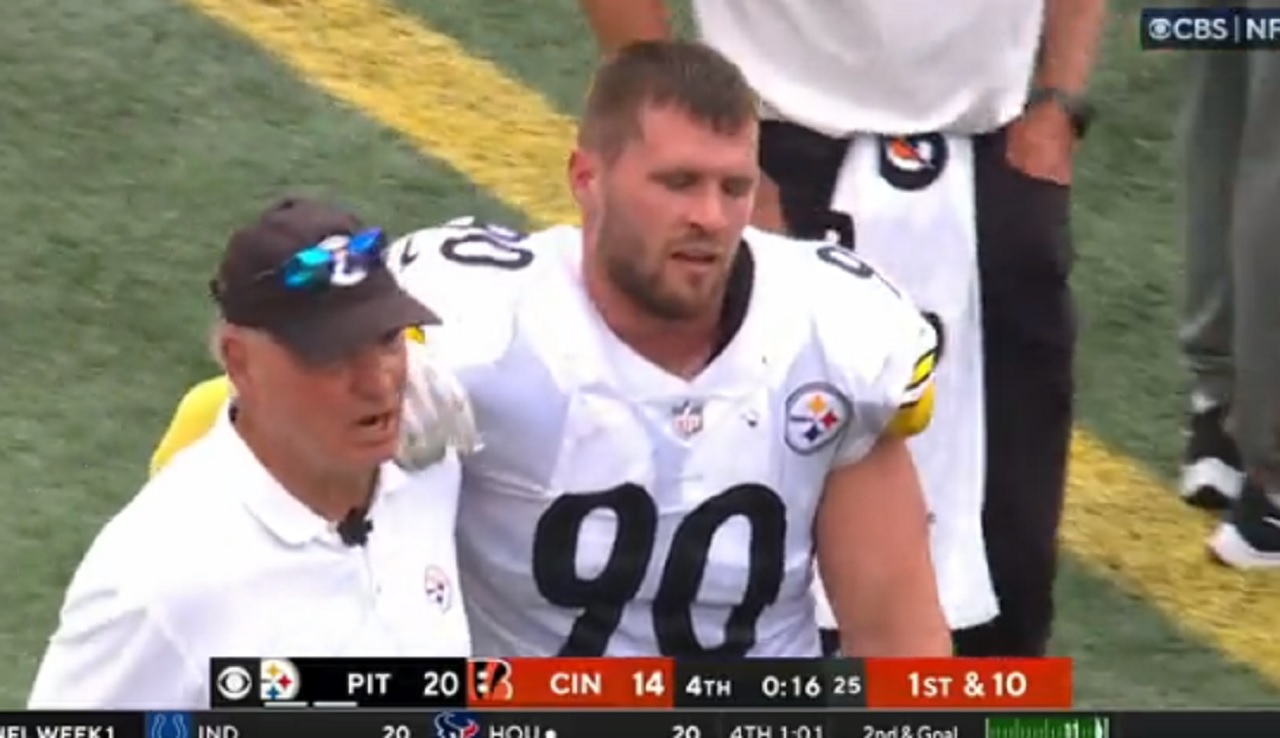 Steelers fans are worried after the team’s first game of the season.

Late in the fourth quarter, Watt left the game after getting injured trying to sack Joe Burrow.

TJ Watt was injured on this play. We will update you when we know more about the severity and status of the injury.pic.twitter.com/4Bgi75tbZy

While walking off the field, Watt appeared to say that he tore his pec.

#Steelers star TJ Watt just walked to the sidelines pointing his arm and appeared to mouth the words, “I tore my pec.” Hopefully not.

Looks like TJ Watt is saying “I tore my pec” pic.twitter.com/JWpq6oyAwh

If Watt did indeed tear his pec, he would be out for a long time.

Update: Steelers confirmed that Watt had injured his pec and was ruled out for the rest of the game.

Quick rule out for TJ Watt by the #Steelers, per @EvanWashburn, on CBS. Pec injury, as expected. Very, very bad feeling that’s a season ender.