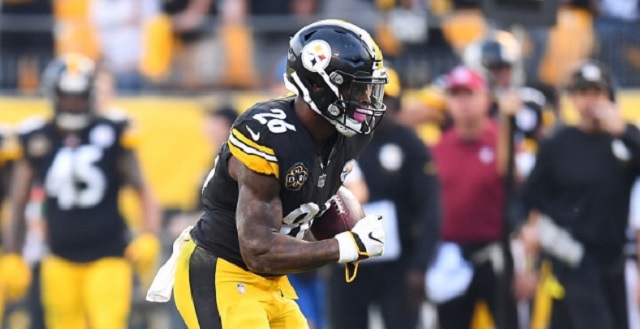 Last week, Cincinnati Bengals running back Joe Mixon told reporters that he believes he could’ve done “way more than [Le’Veon Bell] did” if only he had as many touches as the Pittsburgh Steelers running back LeVeon Bell.

“Me personally, I feel like I can do way more than [Bell] did,” Mixon said Monday, per Katherine Terrell of ESPN.com. “Like I said, I only had seven carries. I can’t showcase nothing if I don’t get the ball. There’s nothing else I can say.”

for someone who feels they can do “way more” than I can, sure seems like u wanna be me! tryin to mimic my run style, my 1st down celebration

now u wear an arm sleeve on your left arm AND went to the mismatch gloves too?! lol just change your number from 28 to 26 while your at it..