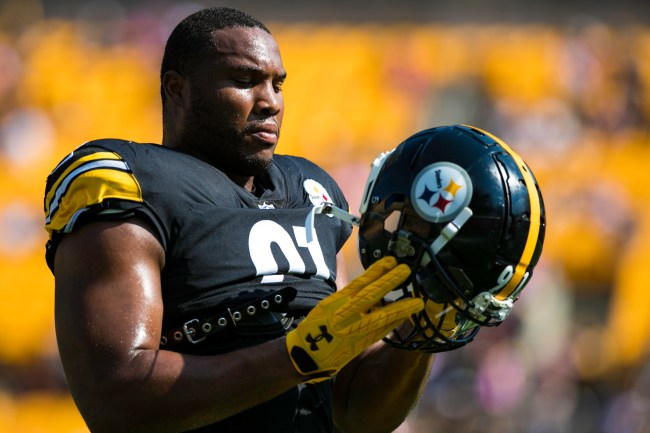 Steelers defensive end Stephon Tuitt had a strong take on whether or not he’s going to kneel during the anthem this upcoming NFL season.

In the past few weeks, we’ve seen a number of players/teams from the MLS and MLB take a knee in unison during the national anthem to show support for the Black Lives Matter movement.

During the offseason, several NFL players including Cleveland Browns star QB Baker Mayfield have come forward to state that they will indeed take a knee this season.

Baker Mayfield explains why he’ll be kneeling during the national anthem.

He says he doesn’t care if he loses fans because of it. pic.twitter.com/c7Fh4dljfa

On Monday, Tuitt took to Twitter to talk about why he will not kneel during the anthem and says he doesn’t care if anyone has a problem with it.

Also I’m not kneeling for the flag and screw anybody who have a problem with that. My grandmother was a immigrant from the Carribean and age worked her ass off to bring 20 people over the right way. She had no money and educated herself to be a nurse. She living good now.

Stop letting the world masculinity blind you that’s my spill for Monday. If you need help talk to me I have over 80 percent of my wealth while helping my mother and created Financial securities for my kids and wife. I will not judge. I’m not secretive I will help.

Tuitt’s teammate Zach Banner, who has been a vocal advocate for the Black Lives Matter movement, reacted to Tuitt’s tweet.

Everyone is entitled to their own opinion

But do not associate this message with me, or others who will decide to kneel

And George Floyd and Manuel Ellis’s last words were, “I CANT BREATHE!”