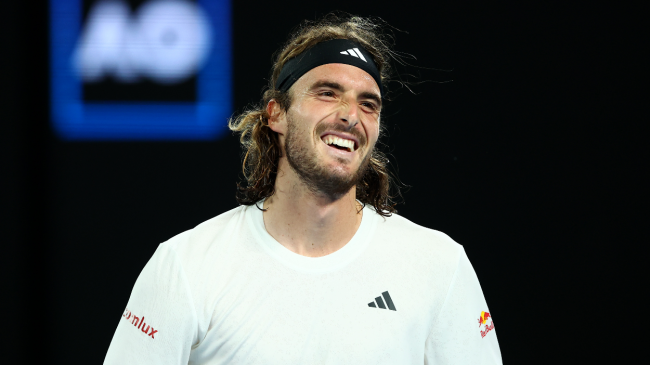 Stefanos Tsitsipas decided to shoot his shot after an Australian Open win on Tuesday. The tennis star is hoping that one of the most popular women in Hollywood will make her way to watch him play in person.

Tsitsipas was heard in a post-match interview saying that he’d love to see Margot Robbie in attendance for his semifinals matchup against Karen Khachanov.

Tsitsipas, who entered the Aussie Open as the world’s third ranked player, has taken down Quentin Halys, Rinky Hijikata, Tallon Griekspoor, Jannik Sinner, and Jiri Lehecka in consecutive matches. The most recent has landed him one win away from the Finals.

The tennis player took advantage of his stardom after the meeting, taking an opportunity to ask Margot Robbie to come to Australia.

“One of my favorite actresses is from Australia, Margot Robbie. It would be nice to see her [in the stands] one day.”

Robbie burst onto the scene with appearances in The Wolf of Wall Street and Suicide Squad. She’s worked alongside Leonardo DiCaprio, Brad Pitt, and Jared Leto.

She’s also been voted the “Sexiest Woman in the World” by men’s lifestyle magazine FHM.

We’ll see if the actress accepts the invitation, but it certainly got a response out of tennis viewers.

This fan wrote, “Shooting his shot…Respect.”

One obstacle might be standing in the way of Stefanos Tsitsipas and Margot Robbie, and that’s Robbie’s husband, Tom Ackerley. Still, maybe she’ll make a trip back to her home country to watch the tournament’s final stages.